Are houses in Vietnam the cheapest in the world?

Housing prices in Vietnam are higher than the income of the majority of Vietnamese, but the houses in Vietnam are cheaper than many other countries, according to Nguyen Xuan Quang, president of Nam Long Investment JSC.

VietNamNet Bridge - Housing prices in Vietnam are higher than the income of the majority of Vietnamese, but the houses in Vietnam are cheaper than many other countries, according to Nguyen Xuan Quang, president of Nam Long Investment JSC. 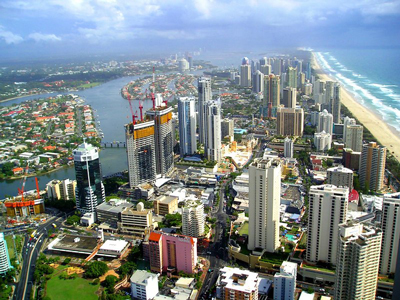 Quang made the statement when he was interviewed on the sidelines of the company’s shareholders’ meeting.

Quang said the apartments in HCM City are 7-8 times cheaper than in other regional countries.

He said the profitability rate enjoyed by real estate firms is very modest and the investments are risky for investors. However, they still have to set low prices for their products because of the low Vietnamese average income.

“The low selling prices and low margin of profit are the two big challenges for the sustainable development of the Vietnamese real estate market,” he said.

Chair of the HCM City Real Estate Association, Le Hoang Chau, agrees with Quang, saying that houses at reasonable prices in Vietnam are cheaper than in other countries.

“The price gaps are also very big in the middle-class and high-end apartment markets,” he said.

However, Mai Duc Hung, CEO of Viet Do Real Estate Development, disagreed with the statement that the houses in Vietnam are cheapest in the world, saying that the prices alone cannot say products are expensive or products.

It is still necessary to compare the prices and the quality of the products, and the house price and people’s income.

Hung confirmed that the middle-class and high-end houses in Singapore, Shanghai and Malaysia hover around $500,000-600,000, or 3-4 times more expensive than in Vietnam.

He said low-cost houses in Hong Kong, the Philippines, Thailand and Malaysia are seven times more expensive than in Vietnam. However, the income per capita in the countries is higher than in Vietnam.

“Vietnam is not a country where houses are cheapest in the world as the majority of Vietnamese still don’t have houses of their own,” he commented.

Dat Viet newspaper quoted a report by the Institute of Labor and Social Sciences Research Institute as saying that a worker in agriculture, forestry and aquaculture can earn VND2.85 million a month only, while a worker in the construction sector can earn VND4.24 million and a worker in tourism sector VND4.9 million.

They would have to save their salary for 15-20 years and not spend money on food and basic needs to be able to buy an apartment.