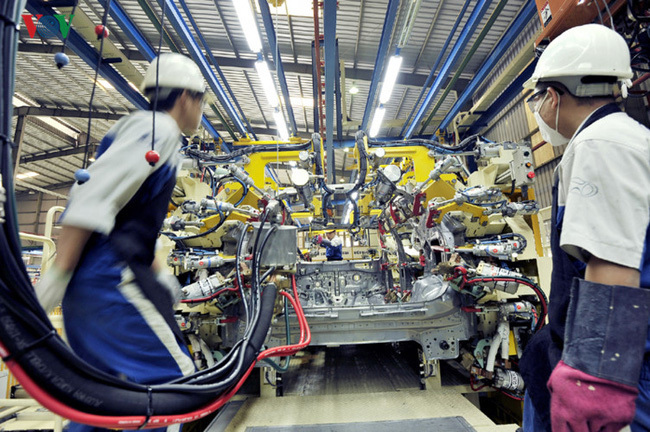 The association, in a document to the Prime Minister, pointed out that the legal document issued by MST is inconsistent with the law and practice of automobile manufacturing and trading.

VAMI believes the method shown in these documents is no longer suitable, causing overlapping and incompatibility with international practice and the practice of automobile manufacturing and trading.

These documents were promulgated based on Prime Minister Decision 175/2002/QD-TTg dated December 3, 2002 on approving a strategy on the development of Vietnam’s automobile industry by 2010 with the vision towards 2020.

Meanwhile, the decision was replaced by the Prime Minister’s Decision 1168/QD-TTg dated on July 16, 2014 which approved a strategy on developing Vietnam’s automobile Industry by 2025, with a vision towards 2035.

The association cited Article 154 of the 2015 Law on Promulgation of Legal Documents and affirmed that once a legal document expires, the documents that stipulate the implementation of the legal document will no longer be valid.

However, seven years after the Prime Minister’s Decision 1168/QD-TTg took effect, MST still has not issued any document on annulling the legal document and made it public in mass media.

According to automobile manufacturers, the method of calculating the localization ratio stipulated by Decision 28 is no longer suitable to international practice applied by ASEAN countries and the rest of the world (based on percentage of locally made content value).

The calculation of locally made content in accordance with the ASEAN method was stipulated by the Ministry of Industry and Trade (MOIT) in Circular 05/2018/TT-BCT dated April 3, 2018, which says that car imports and car exports to ASEAN must follow the regulation to be able to enjoy a preferential tariff of zero percent.

VAMI also pointed out that the calculation method shown in Decision 28 is no longer reasonable to the current automobile manufacturing situation.

As technologies develop rapidly, the features and car parts are renovated, which accounts for a larger proportion of cars’ value, especially high-end sedans and electric vehicles. There have been big changes in design and use of materials. New materials, such as carbon fiber, titanium, aluminum alloy and composite, are used, while the metal proportion has been reduced.

Meanwhile, the list of car parts in the Appendixes 1, 2, 3 and 4 of Decision 28 does not specifically mention these technologies (such as to ensure safety, smart control system, multimedia entertainment system, front/rear cameras, in-car sensors…).

Therefore, VAMI has proposed that the Prime Minister instruct MST to remove Decision 28, Decision 05 and Circular 05 on the method of calculating the localization ratio in cars to improve the business environment and create favorable conditions for domestic auto manufacturers to maintain production amid stiff competition from imports from ASEAN.

Vietnam set a goal of 40 percent of localization ratio by 2005 for cars with nine or fewer seats and 60 percent by 2010. However, the real ratio is just 10 percent now.

A report on the competitiveness of the Vietnamese automotive industry released in late 2021 shows that in the 2017-2019 period, the top manufacturers of cars with less than 9 seats were foreign brands.