Nguyen Trung Hieu from Toyota Vietnam said that the manufacturer wants to increase the localization ratio and reduce car prices, but is facing difficulties. 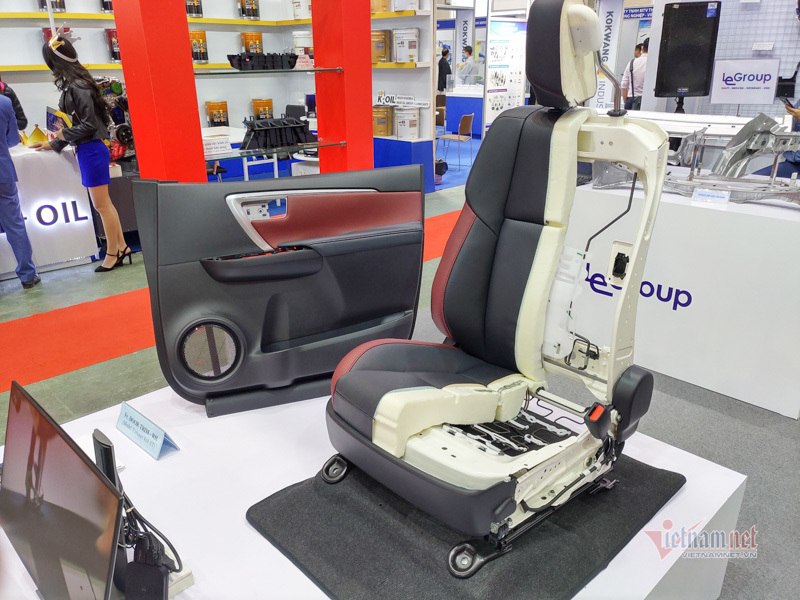 According to Hieu, the scale of the automobile industry is based on three factors – the market, manufacturers and suppliers.

Regarding market size, only 400,000 cars are bought each year, just one-third of Thailand and Indonesia. The production scale in Vietnam is just one-tenth of the two countries because Vietnam is tens of years behind them and still lacks experience.

He explained that in the automobile industry, if the output is small, the prices will be high even if the car parts are localized. In other words, the localization will be effective if the output is high.

“The car prices in Vietnam are higher than imports. This is because the production cost is not competitive,” he explained. “CKD (complete knock down) production cost is 10-20 percent higher becaue manufacturers have to import many car parts."

In the past, Vietnam set the goal of obtaining a localization ratio of 60 percent by 2010. But the real ratio was just 7-10 percent. The figure rose to 20 percent in 2019. Meanwhile, Thailand and Indonesia surpassed the 40 percent threshold a long time ago.

Domestic automobile manufacturers are feeling pressure from imports. Since January 2018, the imports from ASEAN with 40 percent of ASEAN sourced content can enjoy a preferential tariff of zero percent under ATIGA.

In the future, imports from Europe will enjoy a zero percent tariff under EVFTA (EU-Vietnam Free Trade Agreement) and IPA (investment protection agreement).

Experts all say that the automobile industry will develop if supporting industries can develop.

Hieu from Toyota Vietnam said the manufacturer has been looking for domestic car part vendors.

“You may think that automobile manufacturers just need to place orders, and vendors will have to come to negotiate with them. But in fact, we have to accompany them from the very beginning to the time when they enter stable production period,” he said.

This is because the market is still too small and the number of orders is not attractive for investors to organize production.

Thaco, a 100 percent Vietnamese owned automobile company, decided not to stay in one place and wait for vendors to come, but to make car parts.

In late 2019, the enterprises exported the first consignments of Kia Cerato products with the localization ratio of 40 percent to Myanmar.

It plans to export 1,026 products of different kinds, including Kia Cerato and Sedona to Thailand and Myanmar in 2020.

Toyota Vietnam reported that from 1997 to 2020, it had 38 domestic vendors who provide 700 car parts. Thaco has about 200 vendors. Vinfast, a newcomer, has also been investing to develop its own supply chain.

Vietnam now has a new opportunity to develop its automobile industry. If the chance is missed, the country will become an automobile import market.