The draft resolution on solutions to promote supporting industries being compiled by the Ministry of Industry and Trade (MOIT) comprises solutions to stimulate demand and reduce the prices of automobile products manufactured and assembled domestically. 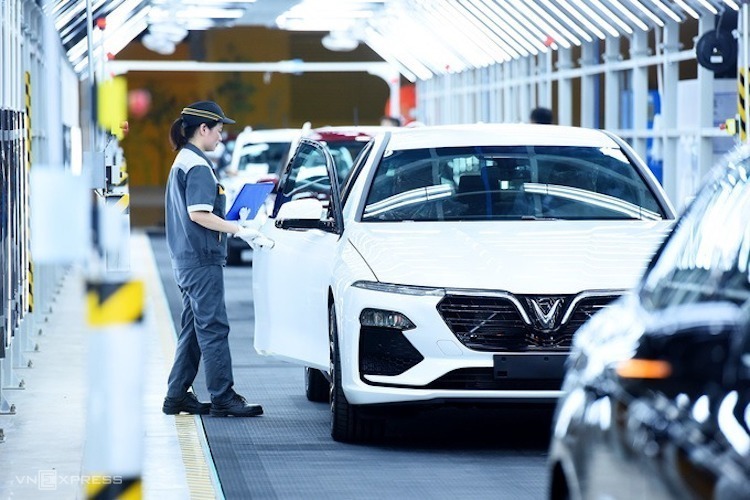 MOIT says the automobile industry is facing big risks as the import tariff on CBU cars from ASEAN has been cut to zero percent since January 1, 2018 in accordance with the ASEAN Trade in Goods Agreement (ATIGA).

According to the ministry, some other regional countries, such as Thailand and Indonesia, cut the luxury tax rate on electric cars for three years.

Thanks to attractive tax and investment policies, the countries can attract foreign capital from many large automobile manufacturing groups in the world.

Hyundai, for example, decided to pour $1.5 billion into Indonesia in 2020, while Toyota has expanded the production of electric cars in Thailand.

If Vietnam doesn’t set attractive preferences, it will continue missing the opportunity to attract large investment projects to the automobile industry. This will also affect the domestic enterprises such as Thaco, Thanh Cong and VinFast.

The draft resolution says the Ministry of Finance (MOF) needs to reduce the luxury tax on electric cars to zero percent, and the luxury tax exemption on the added value created in Vietnam for automobile manufacturing.

The duration for applying tax policies is five years.

MOIT also thinks that it is necessary amend the provisions in Decrees 149 and 157 which set tax rates on engines and gear boxes, valid until 2025, to zero percent, which is equal to the tax rate stipulated in ATIGA.

MOF has also proposed to refund the 10 percent VAT for equipment and machines imported to create fixed assets for enterprises in the supporting industries.

Meanwhile, some preferences may be given to projects on manufacturing automobiles with fewer than nine seats, which have the capacity of 50,000 cars a year or more, localization ratio of 40 percent, products for export for five years and plans for technology transfer.

The preferences may include land rent remission, and support in technology transfer costs and training.

It is also necessary to offer preferences to technology and training experts.