Voters have raised questions about the role and responsibility of the Ministry of Transport for the overloading situations at airports, and the time that it will take to expand Tan Son Nhat and build Long Thanh airports. 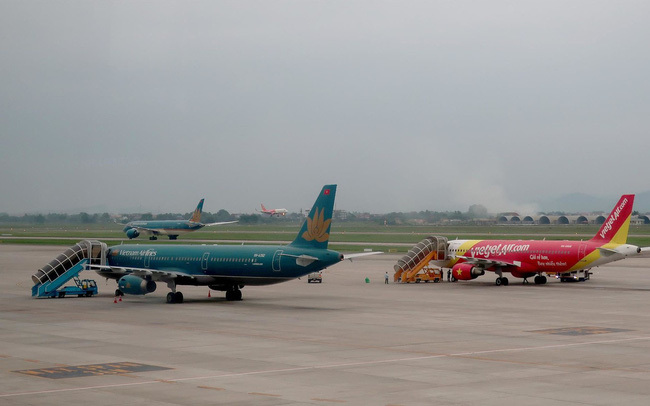 However, the rapid growth has put pressure on aviation infrastructure, labor force and aviation safety management. The Ministry of Transport (MOT) estimates that the existing airports, especially Tan Son Nhat in HCMC, Noi Bai in Hanoi, Da Nang and Phu Quoc, are used at a higher designed capacity after five years of expansion.

According to chair of the Airports Corporation of Vietnam (ACV) Lai Xuan Thanh, Vietnam will still be among the fastest growing markets in the time to come. Though the current infrastructure can satisfy requirements for development, some airports have become too overloaded, especially Tan Son Nhat.

The overloading has partially affected airlines’ development plans. In high season, airlines have had to increase the number of night flights.

Meanwhile, the building of T3 terminal of Tan Son Nhat and Long Thanh is still under discussion.

The lack of pilots and technicians is also hindering the development of the aviation market. Every time a new airline is established or signs a contract on purchasing new aircraft, a battle for pilots and aviation engineers is triggered.

Not only airlines, but the Civil Aviation Authority of Vietnam (CAAV) also complains about the lack of workers.

In the latest document to the Ministry of Transport, discussing an airline’s request to increase the fleet to 40 aircraft from the initial number of 40, CAAV said the current staff is enough to manage no more than 256 aircraft of Vietnamese nationality.

If counting the 30 additional aircraft of the airline, the total number of aircraft by the end of this year would be 277, beyond CAAV’s capacity.

The overloaded infrastructure explains why the watchdog agency is reluctant to grant new licenses to new air carriers.

A leader of the transport ministry revealed that some investors are queuing up for licenses, but the ministry will have to carefully consider the cases.

The airlines plan to rely on the Hanoi – Da Nang – HCMC route, which is called the ‘golden route’, but the airports that exploit the route are all overloaded.

The National flag carrier Vietnam Airlines announced on June 3 that it will open a direct air route between the central City of Da Nang and Busan city of the Republic of Korea (RoK) on July 20.