The northern province of Bac Giang, dubbed Vietnam’s “kingdom of lychee”, has devised three scenarios for the sales of its staple in the face of the COVID-19 pandemic. 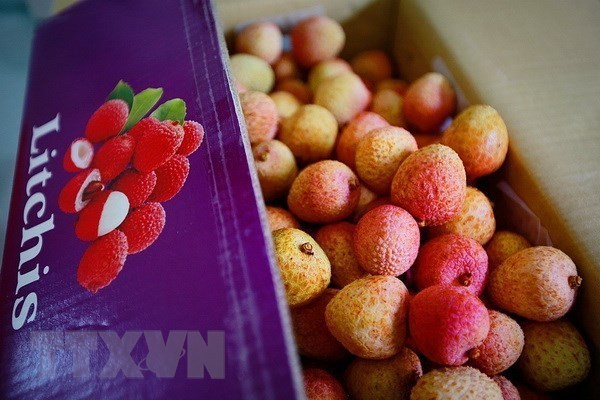 The province has become a hotspot of COVID-19 outbreaks in recent times, with thousands of confirmed infections, mostly in its industrial parks.

In the first scenario, if COVID-19 is repelled, sales of the fruit will become favourable as the total yield will be divided equally between both local and export markets.

If the pandemic lingers but its scope remains largely under control, 70 percent of the harvest, or 130,000 tonnes, will be set aside specifically for the domestic market.

The lychees will be distributed to wholesale markets, major firms with distribution chains at supermarkets and shopping malls, processing companies, wet markets, traders, mobile points of sale, and online marketplaces.

Regarding exports, China is expected to hold the lion’s share in terms of volume, with 95 percent, or 47,500 tonnes, while the remaining 2,500 tonnes will be shipped to Japan, Australia, Europe, the US, Thailand, and Singapore.

Meanwhile, in the worst-case scenario, if the pandemic deals a major blow to all aspects of life, forcing all export activities to cease, the estimated total yield of 180,000 tonnes of lychees is to be primarily for domestic consumption.

In Tan Yen district, which grows mainly early-ripening lychees, sales at wholesale markets would make up half of its entire output, while other channels like supermarkets, processing companies, and wet markets each would account for 15-20 percent.

The harvest time for early-ripening lychees fell between May 20 and early June, while the main crop began at around June 10 and will last until July 20.

As of May 25, sales of early-ripening lychees had reached 3,176 tonnes, nearly half of which was domestically consumed, the Bac Giang Department of Industry and Trade has announced. The fruit sold for about 20,000-35,000 VND per kilo.

Meanwhile, over 1,600 tonnes were shipped to Vietnam’s northern neighbour via official trade channels.

According to the provincial Department of Agriculture and Rural Development, the province has around 28,100 ha of lychees this year with an estimated output of more than 180,000 tonnes, an increase of 15,000 tonnes compared to last year. This includes 45,000 tonnes of early-ripening lychee harvested on an estimated 6,050 ha along with 135,000 tonnes of lychee from the main crop on 22,050 ha.

Some 15,200 ha of lychee are cultivated under VietGAP standards, which is hoped to generate 125,000 tonnes, and 82 ha under GlobalGAP standards.

Of note, a combined 3,600 tonnes of the fruit are expected to be harvested in orchards designated for export to the US and Australia and the challenging Japan market.

As a staple of Bac Giang, “Thieu” lychee distinguishes itself from other varieties with its spherical shape, bright, thin, and red skin, thick, white, sweet, and juicy flesh, and small seed.

Organic “Thieu” lychees possess many advantages, such as being safe for customers, not harmful on the environment as they are free from residue of plant protection drugs, which help plants grow better and bear tastier, sweeter, and more fragrant fruit.

2020 was the first year the fruit was exported to Japan.

Prime Minister Pham Minh Chinh has asked ministries and agencies to tackle the difficulties facing Bac Giang in fighting COVID-19 in a spirit of not citing “lack of money, lack of human resources, and lack of policies and mechanisms”.

He previously tasked the Ministry of Industry and Trade with removing difficulties in the consumption of the province’s agricultural products, especially lychees.