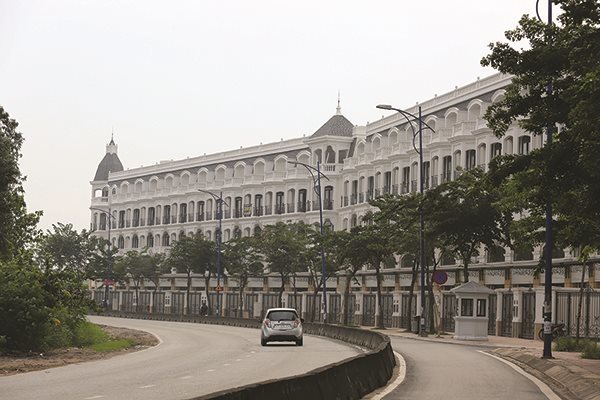 The figure does not include the value of bonds issued by real estate firms that banks are holding, and the real estate loans listed as consumer loans.

The tightening of the credit flow to the real estate market is believed to have big impact on the market. Embryonic signs of risks have appeared, including the collapse of some condotel projects.

The noteworthy thing is that the special 5-year bonds issued by the Vietnam Asset Management Company (VAMC) becomes mature. (Five years ago, VAMC bought bad debts from commercial banks and paid with special bonds under a mechanism which only exists in Vietnam).

This means that the banks which still cannot collect the debts they sold five years ago will have to make provisions against risks for the special bonds before finalization.

With Circular No 22, SBV set a roadmap for cutting the proportion of short-term capital banks can use for long-term lending. From October 1, 2020, the proportion will be lowered from 40 percent to 37 percent. This will certainly affect banks’ profit.

The State Bank has decided that the credit growth rate in 2020 would be 14 percent.

Moreover, as analysts warned, as banks have to narrow the lending to the real estate sector, they may see the profit shrink because it is difficult to find an alternative lending channel that is both in high demand and yields good returns like real estate.

The pressure in competition

In November 2019, SBV decided to slash the ceiling deposit interest rate from 5.5 percent to 5 percent. The move helped reduce the cost of short-term capital mobilization.

However, some banks have begun raising the interest rates of six-month term or longer deposits that are not covered by the ceiling interest rate policy. The banks aim to retain clients and compete with other banks.