VietNamNet Bridge – On February 20, Pham Cao Cuong, who ranks 9th in the World Junior Ranking, won the third consecutive game to enter the quarterfinals of the U19 Asian Championships.

VietNamNet Bridge – On the afternoon of February 20, Pham Cao Cuong, who ranks 9th in the World Junior Ranking, won the third consecutive game to enter the quarterfinals of the U19 Asian Championships, which is held in Taipei (Taiwan) from February 19 to 23. 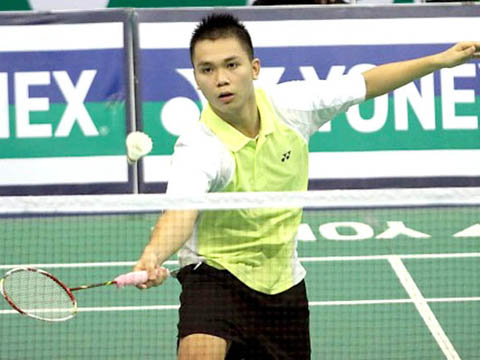 Vietnam sent only two players to this tournament - Pham Do Cao Cuong and Do Tuan Duc.

Meanwhile, Pham Cao Cuong had three consecutive wins. In the first round, he defeated Pedrosa Ros Leenard of the Philippines for 2-0 (21-14, 21-10).

Only an hour after the second match, Cao Cuong had to face Tan Teck Han of Malaysia. In the first set, the Vietnamese player was defeated at the score of 15-21. Thanks to great efforts in the following two sets, Cao Cuong won 2-1 and was the winner of the game.

In the next round, Cao Cuong will face Zhao Junpeng of China, the 3rd seed, who ranks 4th in the world junior ranking.

However, in the third match against Lee - Wu of Taiwan on the afternoon of February 20, they lost the game because Cao Cuong was too tired of playing three games in a few hours.