Economists are concerned that Bamboo Airways' sale of shares to foreigners could affect national security.

At a roadshow on stock investment opportunities last week, Bamboo Airways announced that it is conducting negotiations to sell shares to foreign strategic investors. The share price is believed to be ‘no lower than VND160,000’. 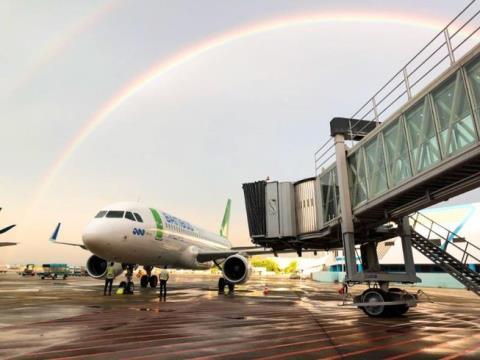 With this price level, the capitalization value of the airline would far exceed the initially estimated value of $1 billion.

Prior to that, Nguyen Khac Hai, deputy CEO of Bamboo Airways, said the carrier was planning to list 400 million shares on either the HCM City or Hanoi bourse, slated by January 2020 at the earliest. The starting price of Bamboo Airways share is VND50,000 or VND60,000, or $2.59 per share.

According to Nguyen Thien Tong, former head of the Department of Aeronautical Engineering under the HCM City University of Technology, in other countries, civil aviation is a special business field, so they apply restrictions on foreign ownership ratios owned by investors from certain countries which may have negative influence on them.

Because of the concerns about security and national defense, as well as the impact on socio-economic development, Vietnam, when joining WTO, did not commit to allow foreign investors to develop airports. Under the BIT agreement, Japanese investors can invest under the mode of joint venture to operate river ports, seaports and air terminals.

The investment mode is transferring shares and capital contribution to seaport enterprises to foreign investors. The foreign ownership ratio must not be higher than 30 percent of chartered capital.

Bamboo Airways has to observe the current laws when selling shares to foreign investors. It can only sell shares to investors from certain countries such as Japan, and the amount of shares it offers must not be higher than the allowed level.

Besides, Vietnam needs to take precautions to prevent shares from being sold to other investors and eventually falling into the hands of unwanted investors who may sway airlines’ operations, thus causing disadvantages to Vietnam’s aviation industry.

Local newspapers reported that many Vietnamese have come forward and collected land in Da Nang, Khanh Hoa and Hai Phong to resell to Chinese people to do business and organize gambling.

“The same thing may happen in the aviation sector,” Tong warned.

Bamboo Airways will receive its first wide-body Boeing 787-9 Dreamliner at Noi Bai International Airport in December, the first of many such aircraft to join its fleet at the end of 2019 and early 2020.