Bank shares are in high demand

Analysts say banking will be one of a few sectors to benefit from Covid-19 as the central bank may loosen the monetary policy to support the economy in crisis.

The reports released by securities companies also give an optimistic assessments about bank shares and recommend that investors buy shares of leading banks. 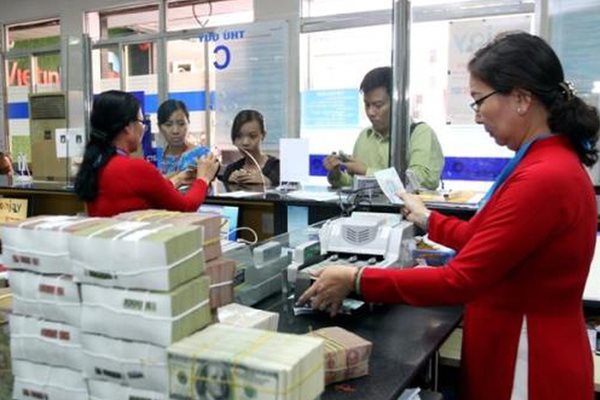 VietinBank shares increased by 40 percent in price recently, the most impressive increase so far this year. The upward trend has been empowered by the news that the State would pour more money in Q1 2020 to help it raise charter capital.

VietinBank’s shares have been struggling for a year, since the bank unexpected reported loss in Q4 2018. The bank could not find the solutions to increase charter capital, and therefore, cannot expand its business.

Meanwhile, Vietcombank has been performing very well with the profit double during that time and BIDV has been rising over the last six months, especially after wrapping up the share sale to KEB Hana Bank from South Korea.

The stories of the three banks show that besides the business results, it is the investors’ psychology and tastes, the prospect and the sale of shares to foreign investors which determine the market prices of shares.

The gap in share prices not only can be seen among state-owned banks, but also in listed private banks.

The Sai Gon – Hanoi Bank (SHB) has total assets among top 10, but its share price has been hovering around VND6,000-7,000 for a long time, below the face value. With the price level, it is belonging to the same group with small banks such as Kien Long (KLB), National Citizen (NVB), LienViet Post Bank (LPB). Its share price is even lower than the price of Bac A (BAB) which is listed on UpCom (VND18,000 per share).

The SHB price had soared by 45 percent thanks to the news that the 2019 profit increased sharply by 47 percent compared with 2018, and that SHB president’s son successfully bought 35.9 million shares.

The price of NVB, with the rumour about the sale of shares to foreign investors, is also expected to increase from the current level of VND9,000 per share and exceed the face value.

Most recently, the son of the bank’s president registered to buy 8.2 million shares.

Meanwhile, Sacombank share price is still at low level, VND10,000-11,000 per share, as the bank is undergoing the restructuring. The good news is that the bank’s profit recovered strongly in 2019.