VietNamNet Bridge – The Vietnamese police have warned that banks have become targets of international card crimes, with most of them originating in China.

VietNamNet Bridge – The Vietnamese police have warned that banks have become targets of international card crimes, with most of them originating in China. 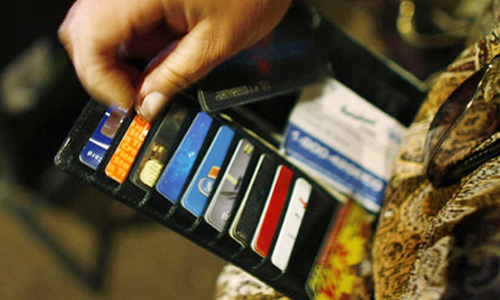 PC50, the police department that fight hi-tech crimes, has discovered a ring of Chinese criminals who use counterfeit credit cards to withdraw billions of dong from big Vietnamese banks.

Police said the Chinese suspects had set up four companies and used legal entities as a screen for their illegal activities.

The companies had signed contracts with Vietnamese banks to install POS (points of sale) machines, and then used counterfeit cards with stolen information to withdraw money from the POS.

Eximbank, one of the victims, when discovering forged transactions, instead of reporting the case to competent agencies, only canceled the contracts.

This, according to PC50, made it more difficult for the department to investigate the case.

A representative of the Vietnam Card Association said this was not a big case and the consequences were not too serious, but it was worrying that more cases had occurred recently.

“Some years ago, the majority of the crimes were from Malaysia. Meanwhile, in recent cases, the crimes have been mostly from China,” he said.

A source from PC50 confirmed that most of the crimes were Chinese. “Chinese hackers are not as ‘smart’ as western ones,” he commented.

“However, there are numerous Chinese crimes in Vietnam. In the past, the criminals arrested were Malaysian. But we believe they were backed by Chinese rings,” he said.

The first card crimes worldwide were discovered more than 10 years ago. But in Vietnam, the first case was uncovered in 2005.

When asked why there were so many Chinese crimes in Vietnam, the source said China’s proximity to Vietnam allowed Chinese to easily bring the card counterfeiting equipment to Vietnam. China also has a reputation for having many information technology crime rings.

However, he said, the most important reason behind the increasingly high number of swindling cases in Vietnam is outdated card technology.

Five or seven years ago, criminals mostly targeted Malaysia and Indonesia. However, since the countries have shifted to chip technology, crimes have tended to head for Thailand and Vietnam.

A Vietnamese banker admitted that magnetic card technology is one of the reasons behind an increasing number of such crimes in Vietnam.

Dan Tri newspaper quoted an investigator as saying that it is not too difficult to make counterfeit cards.

“One just needs a rough shape and $200 to buy a machine from China to create the cards,” he said.

In fact, Vietnamese banks have been aware of the danger since 2005, but they have continued to hesitate to shift to chip cards because of the high investment needed.

A senior executive of the Bank for Investment and Development of Vietnam (BIDV) revealed that in early 2014, the bank experienced several similar cases.

Criminals stole information from elsewhere and then entered Vietnam, withdrawing money from ATMs or Points of Sale (POS) with counterfeited cards.

She said the bank has decided to replace magnetic cards with chip cards to prevent further risks.