Some big banks said they would take part in a VND50 trillion credit program initiated by the State Bank to warm up the property market, which has not improved over the last few years despite government bailouts.

VietNamNet Bridge – Some big banks said they would take part in a VND50 trillion credit program initiated by the State Bank to warm up the property market, which has not improved over the last few years despite government bailouts. 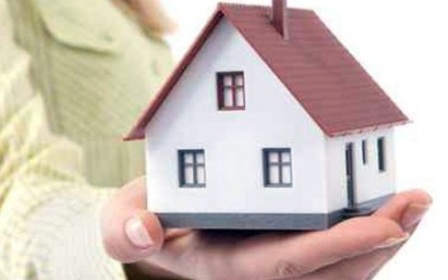 Deputy Minister of Construction Nguyen Tran Nam said the State Bank of Vietnam (SBV) is considering launching a credit program to help stimulate the real estate market. At least VND50 trillion would be disbursed over 10 years at an interest rate of 7 percent in the first year to help develop the commercial housing market.

Some analysts, however, said they doubt that commercial banks could arrange a huge amount of capital to provide for such a long period.

An analyst noted that banks now face a significant problem because they have excessive short-term capital and lack medium- and long-term capital.

He said that it would be too risky to have the same lending interest rates for the life of the loans, because banks would suffer heavily if market interest rates go up.

“One should seek medium- and long-term capital in the stock and bond markets rather than rely on commercial banks,” he said, predicting that commercial banks would refuse to join the credit program.

Le Hoang Chau, chair of the HCM City Real Estate Association, said if commercial banks were able to provide long-term loans with a stable interest rate of 7 percent, the real estate market would prosper again, because capital shortage, the biggest problem of the property market, will be partly resolved.

The director of a real estate firm in Hanoi said he is still uncertain about the information about the loans and stable interest rates.

“Commercial banks only lend money for a maximum of one year. Meanwhile, we need medium- and long-term capital,” he said.

The real estate developer said that he had to borrow money from banks at interest rates of 10-12 percent per annum.

However, some big banks have confirmed they would join the VND50 trillion commercial credit program, despite disadvantageous conditions.

Le Duc Tho, CEO of VietinBank, one of the largest commercial banks, said the bank would consider its capital balance before joining the program.