Other banks, Eximbank, TP Bank, Kien Long Bank, VP Bank, BIDV, Eximbank and SHB, are also moving ahead with the plan to buy back bad debts and finalize special bonds in 2019. 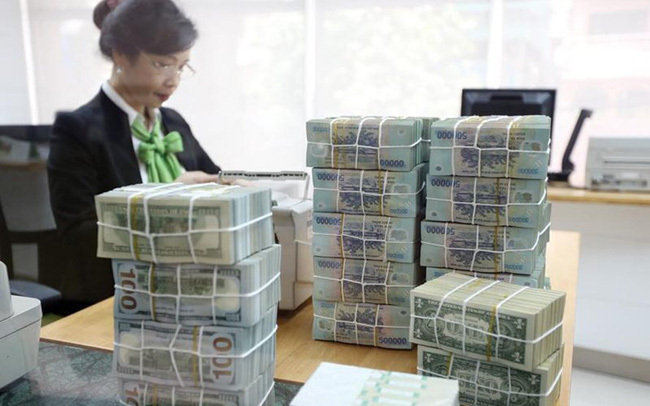 VP Bank said it set the profit target of VND9.5 trillion this year, a modest increase of 3 percent over 2018.

Explaining why the bank was cautious when setting a profit target, its managers said the bank wants to gather strength to settle bad debts it sold to VAMC, about VND3.16 trillion, right in 2019.

Analysts said buying back bad debts to settle the debts completely is a growing tendency among banks which began earlier this year.

In previous years, banks had to sell bad debts to VAMC for special bonds. By doing this, they took bad debts out of the balance sheet and continued their operations as normal banks.

Instead of money, banks received 5-year special bonds from VAMC. During the five years, banks had to make provision of 20 percent for special bonds each year. In principle, this affects banks’ annual profits.

Truong Thi Duc Giang said by selling bad debts to VAMC, the bad debts won’t disappear. This is just a technical accounting method which extends the time for provisioning.

This is why, after taking over the debts, VAMC has still authorized banks to continue the process of collecting debts and dealing with mortgaged assets.

Now, when buying back bad debts, banks can take the initiative in settling debts. As the profits in 2018 were satisfactory and the balance-sheet bad debt ratio is at low level (2.02 percent), now is the right time to settle bad debts.

It is foreseeable that the buying back of bad debts for settlement will have big effects on the profits of many banks in 2019. Therefore, banks will have to calculate thoroughly the amount of debt they can buy this year to ensure reasonable profits and bad debt ratios.

Nguyen Hung, CEO of VP Bank, also said if the bank buys back all the bad debts or buys VND500 billion only will depend on the business performance and profit.

Sources said the State Bank of Vietnam (SBV) is drafting a new regulation to replace Circular 19/2013, stipulating that the banks which sold debts to VAMC won’t be allowed to pay dividends in cash until the special bonds are finalized.

Commercial banks have been proactive in handling bad debts with many posting an increasing ratio.

The wild sunflower is a shrub with an average height of about 2m - 3m. Its plant stem is dark green and erect. When the trunk turns to wood, it is grey-brown. It grows alone or in clusters, and the buds bloom at the beginning of winter.

The HCM City Department of Transport has proposed to ban sleeper buses entering the city centre between 6am and 10pm from the middle of next month in an effort to crack down on picking up and dropping off passengers illegally.

Nhat Tien, a teacher at a primary school for autistic children in HCM City’s District 3, has been thinking about quitting her job for many times.