The Vietnamese national women’s football team beat the Chinese Taipei 2-1 on February 6 at a play-off match of the 2022 AFC Women's Asian Cup to attend the 2023 FIFA Women's World Cup for the first time. 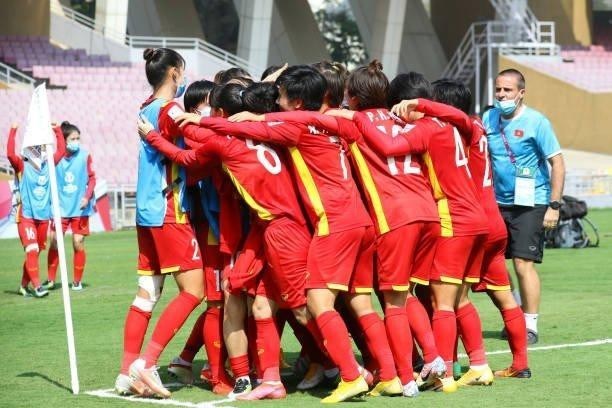 The first goal was scored by Chuong Thi Kieu at the seventh minute, bringing the Vietnamese team more confidence and competitive edge during the remaining time of the match.

In the first 35 minutes, they had 65 percent of ball possession and seven corner kicks.

In the second half, the rivals leveled the score 1-1 at the 50th minute.

Later, the final score at the 56th minute by Bich Thuy brought the final victory to Vietnam.

State President Nguyen Xuan Phuc has praised the national men’s football team and coach Park Hang Seo for a 3-1 victory over China in the final round of the 2022 FIFA World Cup qualifiers on February 1.