VietNamNet Bridge – The famous jazz band Tricycle will perform well-known works and the works composed by the band in Ho Chi Minh City and Hanoi on March 18-19.

VietNamNet Bridge – The famous jazz band Tricycle will perform well-known works and the works composed by the band in Ho Chi Minh City and Hanoi on March 18-19. 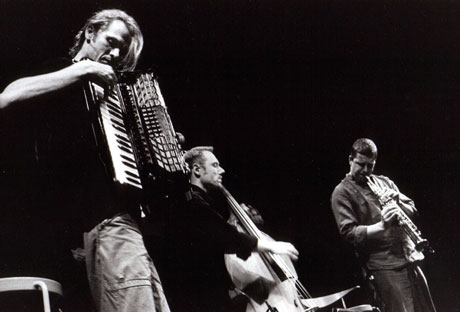 
The shows are organized to celebrate the 40th anniversary of the establishment of diplomatic relations between Vietnam and Belgium. The program will take place on March 18 at the HCM City Theatre and at the Hanoi Opera House on March 19.

The shows in Vietnam time will include jazz-style improvisations, which are combinations of well-known works and the works compiled by the Tricycle. 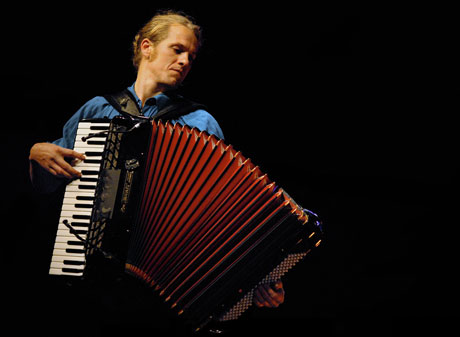 
Tuuur Florizoone, the band’s Arccordion artist is one of the most beloved musicians in Belgium at present. With great music playing style and attractive way of performing on stage, he has proved to music lovers that his unpopular instrument is not only to perform on the street such as many people imagine.

In 2008, Tuuur Florizoone won the best film music award for the movie “Face to Face.” This international award brings confidence to Tricycle that Tuur is their Yann Tiersen.

Tricycle, with Tuuur Florizoone, Vincent Noiret (bass) and Philipe Laroy (flute and saxophone), has performed in many cities such as Montreal, Nanjing, Salvador, Bahia. Paris, Amsterdam...