Some billionaires have made big investment in agriculture with an ambitious plan to build a strong brand for Vietnam’s farm produce, but they do not expect to make a profit in the short term. 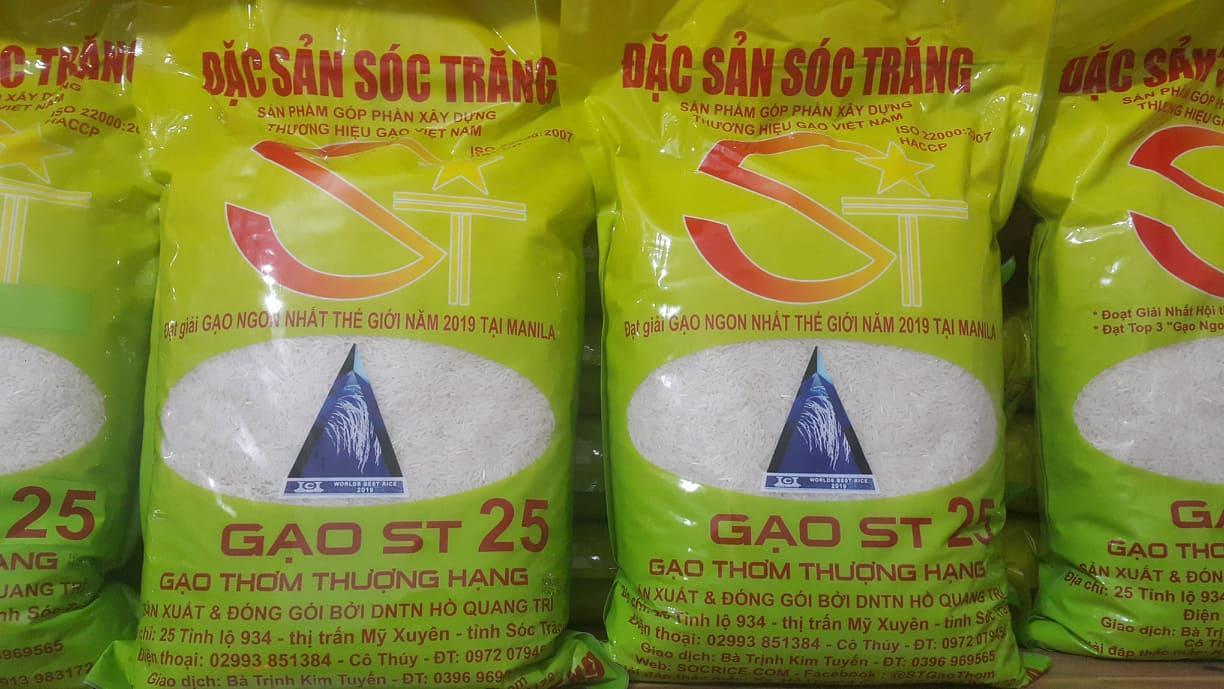 Vinaseed (NSC) of Nguyen Duy Hung and Vinmart of billionaire Nguyen Dang Quang have reached an agreement on the distribution of ST25, recognized as the world’s best rice variety in the world, within the Vinmart and Vinmart+ network nationwide.

Soc Trang’s ST25, cross-bred in 2010, is now grown on a large scale in Mekong Delta. The famous scented rice variety of Soc Trang gives high yield which can be farmed for two or three crops a year. Meanwhile, Thailand’s scented rice is a long-term variety and there is only one crop a year.

ST25 has been distributed throughout the country for 10 years thanks to efforts by Hung and Quang.

The task of building Vietnam’s rice brands and improving rice production so that Vietnamese no longer want foreign rice has been partially implemented. Large corporations and prestigious businesspeople have created changes in the thinking about rice production.

Doan Nguyen Duc, or Boss Duc, president of Hoang Anh Gia Lai (HAG), who laid a foundation for large-scale agricultural production with billions of dollars poured into his projects has reaped fruit in the agriculture sector.

Duc said he will continue to develop agricultural production in an ambitious plan to build an "outstanding Vietnamese agricultural empire" in Southeast Asia.

Two years after the signing of a cooperation agreement with Thaco, HAGL Agrico has more potential than ever. The huge land bank owned by HAGL Agrico and its potential were why Tran Ba Duong, president of Thaco, an automobile manufacturer, agreed to pour money into the company.

It is estimated that $1 billion was invested by Thaco into Duc’s enterprises, mostly in the agricultural sector.

HAGL was well known as a big real estate firm, but is now better known for projects in agriculture. Duc, described as a man eager to become a pioneer in the agricultural sector, has shifted to the agriculture production.

According to Duc, he had to ask for help from Duong when he was at a deadlock and Agrico needed money to pay bank debts and struggle to survive. At first, Duong hesitated to make an investment, but later after visiting Agrico’s vast fields Duong changed his mind.

The capital injection has helped HAGL Agrico settle debts, do business effectively and have money for investment and development.

After the share issuance campaign in early 2021, Thaco Group and Duong family are holding 63 percent of Agrico shares, while HAGL Group has 26.82 percent and other shareholders 10.1 percent.

The common characteristic of both the businessmen – Duc and Duong – is that they had succeeded in other business fields before injecting money into agriculture.

Tran Dinh Long, the ‘steel billionaire’ has also caught special attention from the public with his heavy investments in agriculture.

Starting and succeeding in steel manufacturing, Long’s Hoa Phat Group is a leading enterprise in the field with output of 5.8 million tons of raw steel and 32.5 percent of market share.

Hoa Phat has also become a big name in the agriculture sector. It holds 50 percent of Australian beef market, puts out 700,000 safe eggs a day and it is a leading company in pig breeding with 400,000 pigs.

Quang’s Masan Group has been succeeding with investments in agriculture in the last two years. Its revenue growth has been empowered by the meat trade with MeatDeli brand which brought turnover of VND16.1 trillion in 2020, an increase of 17 percent over the previous year.

T&T Group of Boss Hien has also jumped on the bandwagon. It has appeared as the strategic shareholder of many equitized state-owned enterprises. It is now holding a controlling stake in big agriculture enterprises, including Vigecam, Vinafor, Vegetexco, Unimex and Vinafood.

In the eyes of businesspeople, agricultural production is a risky investment field. In the last decade, Duc and HAGL poured big money into agriculture, but they do not expect profit after a short time, and know there are always risks.

The support from banks and large corporations saved a big agricultural company. In 2017, Thanh Thanh Cong Group took over the sugar production division and in 2018 NutiFood took over the milk cow farm from HAGL.

Like HAGL, Hung Vuong Seafood (HVG) of Duong Ngoc Minh also faced difficulties. The company was revived thanks to money injected by Thaco.

Experts say agriculture projects require huge investments and tenacious efforts from investors. As Vietnam has been integrating deeply into the world’s commodity market, Vietnamese enterprises can see great opportunities, but they have to be professional and have long-term investment strategies.