Big foreign companies to continue to increase investment in Vietnam 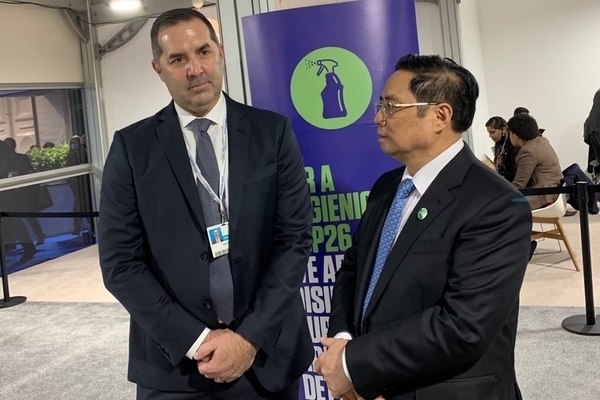 Nike has hundreds of vendors in Vietnam, making a wide range of products for Nike to sell all over the globe. Nike unexpectedly became a topic of discussions during the pandemic peak days in Vietnam with the rumour that it would leave Vietnam.

At a meeting with Chinh, Kinder said nearly all 200 factories of Nike in many localities had resumed operation. The group also committed to continue to make investments and scale up production in Vietnam.

Minister of Foreign Affairs Bui Thanh Son, a National Assembly Deputy from Vinh Phuc province, mentioned the rumour that some foreign invested enterprises (FIEs) were leaving Vietnam because of Covid-19.

He said that this was false. His ministry has had discussions with some large corporations, such as Adidas and Apple, and found that because of the long social distancing period, some of their orders could not be filled so they had to transfer the orders. However, their production bases in Vietnam are recovering and continuing to expand.

Son said that major companies such as Foxconn, Apple and Intel want to scale up their production in Vietnam. FIEs can see the great potential in Vietnam, especially in the free trade agreements (FTAs) that Vietnam has signed.

At a press conference on November 15 to introduce Cotton Day Vietnam 2021, Vu Duc Giang, Chair of the Vietnam Textile and Apparel Association (Vitas), said that brands have strong confidence as Vietnam has reopened the economy.

He believes that companies only transferred some orders to other countries when there was pressure on delivery. However, since this is costly, not many enterprises have done this.

The strategy on vaccinating people ‘at lightning speed’ and the changes in the strategy to fight Covid-19, under which large-scale isolation is restricted, all helped prevent the interruption in production and business. 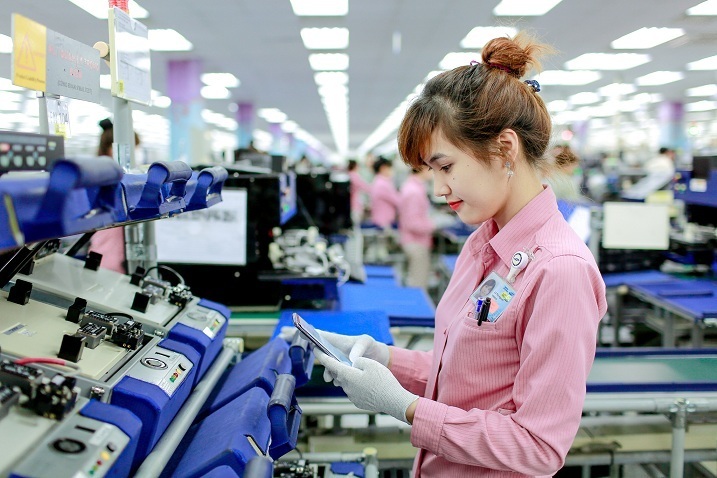 Takeo Nakajima from JETRO (Japan External Trade Organization) commented that Vietnam has entered a new normal period, and Vietnam’s basic economic conditions have not changed, including stable politics and excellent labor force, as well as FTAs to take effect in 2022, and the Government’s strong determination to attract investment.

It’s true that some corporations are seeking other countries to disperse risks but Nakajima said that other countries also have similar problems to be dealt with. This is a good opportunity for Vietnam to once again become more attractive to investors and consolidate its advantages.

Pham Hung Tien from Friedrich Naumann Foundation for Freedom (FNF), however, noted that FDI in Vietnam in the last 30 years remains in the fields of outsourcing and assembling which exploit the cheap labor force, and this needs to change.

He said other countries have also experienced periods of attracting FDI like Vietnam, but have later improved with high technologies and better productivity.

He stressed that Vietnam needs to attract FDI (foreign direct investment) in a way to create ‘spillover’ effects to the domestic economic sector, generate higher added value, and take full advantage of technology transfer from FIEs.

Tien mentioned improving FDI quality from the angle of the workforce. Many workers have left HCM City to return to the provinces. Most of them don’t have ho khau (permanent residential book) in HCM City, their motorbikes have provinces’ plate numbers, and they don’t have access to the same treatment designed for the cities’ citizens.

When attracting FDI and developing IZs, Vietnam needs to build complexes with accommodations for workers, schools for their children, and markets for them. If Vietnam can do this well, it will be able to attract investors with social responsibility.

“If we don’t have such construction works, we will still be able to attract foreign investors but they will still be enterprises like the ones of 20-30 years ago,” he said.

“If Vietnam has a methodical strategy on attracting FDI, it will be able to lure investors from Europe to fields that require high technological content,” he said.

Optimistic statistics about FDI into Vietnam amid Covid-19 pandemic

The amount of newly registered foreign investment capital in Vietnam in January – September 2021 decreased year on year because many provinces had implemented social distancing, according to the Ministry of Planning and Investment.