Four state-owned banks last week released the 2019 finance reports. As the bank with the lowest total assets and outstanding loans, Vietcombank saw profit twice as much as the other three. 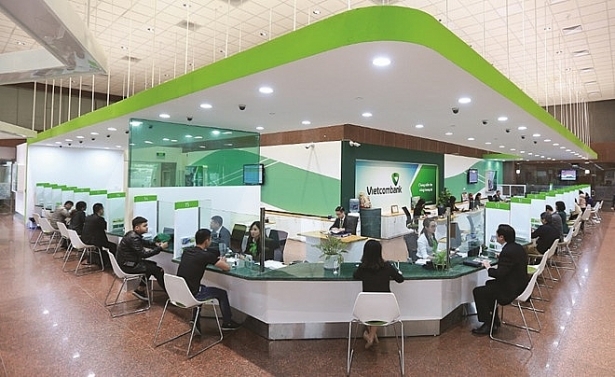 In 2015, Vietcombank ranked second to VietinBank in profit, but it has been growing since then. Its profit proportion increased from 25 percent of the ‘big four’ to 40 percent just within five years.

The figures about bad debt, credit room and non-credit earnings all show that Vietcombank has advantages to grow in the next years.

In 2019, it made a consolidated profit of over $1 billion, adding itself to the list of the 200 top financial groups aroundthe globe. Its profit growth rate was 35-40 percent a year in the last four years, which includes profit from divestment deals in 2018.

As for VietinBank, after 2018 when it restructured, the bank surpassed BIDV in 2019 with the reported separated profit of VND11.5 trillion. However, the bank was cautious when setting a modest target of 10 percent growth rate in 2020.

Meanwhile, BIDV reported consolidated profit of VND10.8 trillion in 2019, an increase of 14 percent over the year before, while it plans the 17 percent growth rate in 2020.

In the last four years, VietinBank lagged behind the ‘big four’ with average profit growth rate of 10 percent per annum, the lowest among the four banks. The growth rate of Agribank was nearly 40 percent, which allowed the bank, whose profit was just half of BIDV in 2014, to catch up with BIDV in 2019.

Credit quality was the key behind the big differences in the business results of the four state-owned banks. The ‘clean’ lending portfolio allowed Vietcombank to control the cost for credit risk provisioning, thus helping increase pre-tax profit.

Vietcombank reported the low ratio of bad debt, just 0.77 percent in 2019. It was also the first bank which cleared the bad debts sold to the Vietnam Asset Management Company (VAMC) in 2016.

Agribank was the second bank among the ‘big four’ that finalized the bad debts sold to VAMC in 2019. The other two banks still cannot clear the bad debts at VAMC and have to continue to make provisions against VAMC special bonds, which partially affects its profit growth.

While Vietcombank’s provisioning against credit risks is just equal to 25 percent of net profit from business activities, the figures are higher at the other three banks. At BIDV, the figure was 70-80 percent at times.

Initial encouraging results have occurred after efforts were made to reduce the need for capital from banks where the state holds the controlling stake.