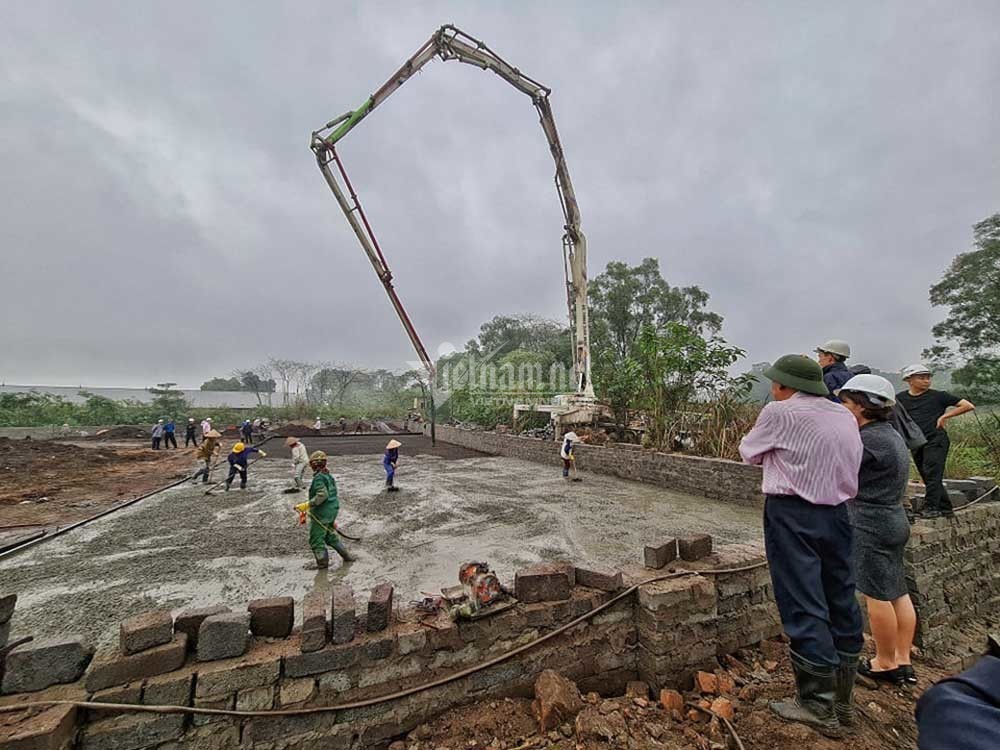 Thai Nguyen has wrapped up an inspection over the outdoor mountain of hazardous waste. Tisco’s waste was mostly from its two subsidiaries – Luu Xa steel mill and the pig iron mill.

The former makes ingot steel with the capacity of 450,000 tons per annum, using pig iron, scrap steel and supporting materials. The production discharges a big volume of furnace dust which is collected through two dust filter bag systems.

The mill reported that since 2010, the volume of dust generated had reached 38,159.642 kilograms, one fourth of which had been transferred to treatment companies. The remaining dust has been kept in three areas.

As for the pig iron mill, its production capacity is 180,000 tons per annum, which mostly serves ingot steel manufacturing. The major material used by the mill is iron ore, and the fuel includes coke coal for blast furnace and coal dust for the sintered production line – a process that generates big volumes of furnace dust.

In February 2021, the mill stopped reusing furnace dust, registered the adjustment, and received permission to store hazardous waste, which means that 225 tons of furnace dust of the mill can be stored temporarily while waiting for transfer for treatment.

The inspectors found that the operation of these two mills generated furnace dust and that they had violated the law on environmental protection.

For these violations, the inspectors decided to impose a fine of VND565 million on Tisco and force the company to take measures to settle the environmental pollution.

“Tisco has to assess the situation, localize the waste, and build solutions to settle pollution at the No 1 and No 2 dumping grounds and report to the local environment department,” the report said.