The highest Tet bonus in Hanoi is expected to be VND86 million, offered by a foreign invested enterprise, while the figure is VND583 million in HCM City, according to local labor departments.

VietNamNet Bridge – The highest Tet bonus in Hanoi is expected to be VND86 million, offered by a foreign invested enterprise, while the figure is VND583 million in HCM City, according to local labor departments. 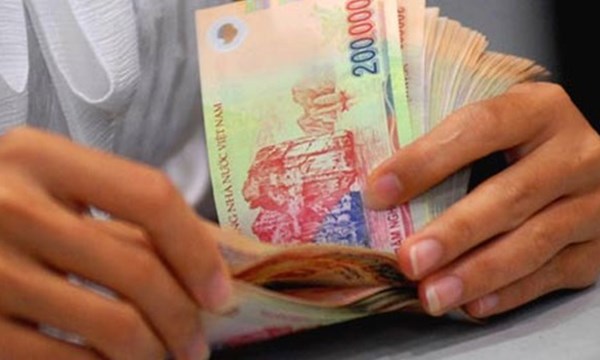 A report from the Hanoi Department of Labor, War Invalids and Social Affairs shows that the average 2015 Tet bonus planned by enterprises will be 5-7 percent higher than in 2014.

The department, which has received reports from over 50 businesses in the city, has found that the highest Tet bonus will be VND86 million, while the lowest will be VND1.5 million.

According to the HCM City Department of Labor, War Invalids and Social Affairs, the highest Tet bonus will be VND583 million, offered by a foreign invested enterprise.

Businesses in HCM City and Dong Nai province report that they have budgeted hundreds of billions of dong for Tet bonuses. Many medium-sized businesses offer bonuses equal to one to two months of pay.

Chanshin Vietnam in Thanh Phu Industrial Zone in Dong Nai province, for example, will give a 13th-month salary as a Tet bonus to workers with service length of one year. Those who have been working for the company for more than one year will get another 5 percent bonus, while the highest bonus will be equivalent to 200 percent of workers’ monthly salaries.

According to Nguyen Tan Tu, chair of the trade union, the company plans to spend VND200 billion on Tet bonuses.

Meanwhile, many business owners said they were “worried to death” about rewarding workers on Tet.

Nguyen Do Kien, chair of Parosy, a garment company, said he now has to move heaven and earth to seek money to pay monthly salaries to workers. The average Tet bonus in 2015 will not be higher than the one 2014, which was VND1 million.

This is a common situation of garment companies. Luyen, a worker at Minh Phuong Garment Company, said workers have been told that the 2015 bonus would be no more than VND500,000 because of unsatisfactory business results in 2014.

“I have been working here for seven years, and the Tet bonus was never higher than VND1 million,” she said, adding that one should not expect high bonuses from garment companies.

However, seafood companies’ workers have also been warned that the 2015 Tet bonus would be “modest”, even though seafood is among the 10 export items with the highest turnover.

Le Huy Nguyen, director of An Vinh Seafood Company, said he plans to give VND1 million bonus to each worker.

Meanwhile, the owner of a company located on Bui Xuong Trach street in Hanoi has decided to give 10 rolls of toilet paper and 5 bundles of incense to every worker.