VietNamNet Bridge – Businesses have been mobilizing capital from all possible sources to pour into essential goods manufacturing projects and existing manufacturers have been scaling up their business.

VietNamNet Bridge – Businesses have been mobilizing capital from all possible sources to pour into essential goods manufacturing projects and existing manufacturers have been scaling up their business. 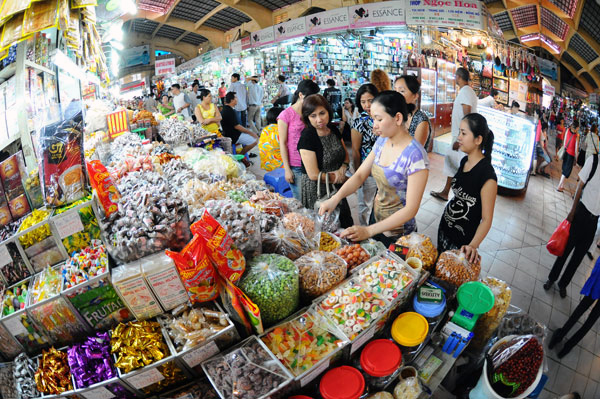 Making essential consumer goods has become more lucrative than ever.

PAN Joint Stock Corporation’s board of directors has approved a plan to set up PAN Food, a subsidiary specializing in making food. PAN will be the major shareholder of PAN Food, to which it contributes VND99.9 billion of the total VND100 billion in chartered capital.

Prior to that, PAN set up a plan to mobilize VND750 billion worth of capital by issuing 25 million shares, which it will spend to take over food processing companies.

As such, a new player has joined the food processing market, where there are a lot of “big guys” already, including the Vietnamese owned Masan, Kinh Do, Cholimex, Sagrifood and foreign invested CP, Cargill and Japfa Vietnam.

In late November, the public was stirred up by the affair of Kinh Do Group selling 80 percent of its sweets manufacturing sector to Mondelēz International.

Sources said of the $370 million, or VND8 trillion, earned from the sale of 80 percent of stakes, Kinh Do will spend VND300 billion on instant noodle production projects.

Kinh Do prepared well for the plan to penetrate the essential consumer goods market. Before selling 80 percent of stakes to the foreign partner, it injected its money in Saigon Vewong, which owns A-One brand, and became the strategic partner in Vocarimex, a vegetable oil manufacturer.

Meanwhile, Masan Food, a subsidiary of Masan Consumer, has announced the deal of buying 49 percent of Cholimex Food’s shares at the “surprisingly high” price, as commented by observers, of VND90,000 per share.

The move has wrapped up the merger of the two biggest chili sauce enterprises in the market. Prior to that, Masan successfully took over the Phu Yen brewery, Vinh Hao mineral water and Vinacafe Bien Hoa.

A branding expert commented that the essential consumer goods market, not industrial goods and services, is the most lucrative business field in the eyes of investors.

“People have to cut expenses in the economic crisis, but they will still have to spend money on food and essential goods. Therefore, making essential consumer goods proves to be the best choice for now,” he said.

In case of Kinh Do, he said, if it continues making sweets, which it has been doing over the last 20 years, it can expect a 5-10 percent growth rate per annum. However, the sweets market is small, only one-tenth of the packed essential goods market.