Vingroup in February 2020 signed contracts on funding research to cope with the pandemic worth VND20 billion. In March, it committed VND125 billion for buying ventilators, testing machines, biological test kits and conducting research on SARS-CoV-2. 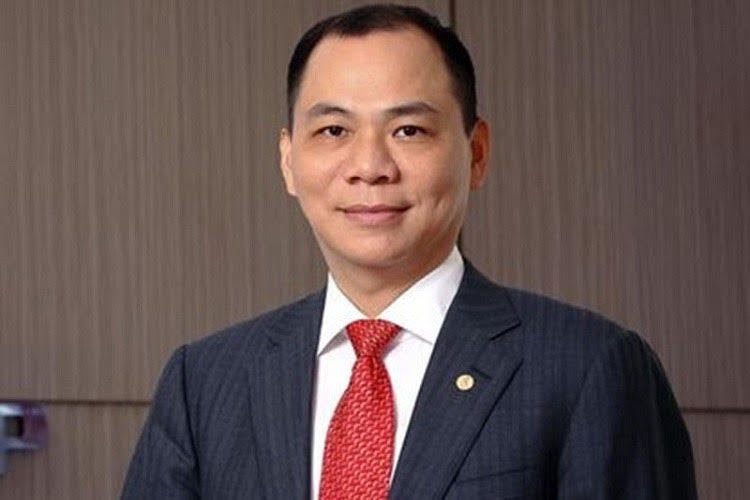 According to Forbes, billionaire Pham Nhat Vuong, president of Vingroup, and Thien Tam Charity Fund of Vingroup, donated $77 million this year to relief activities, as well as education scholarships and healthcare programs throughout the country.

Vingroup’s finance report showed that in the first nine months of 2020, the group transfered VND2.3 trilliont to Thien Tam fund.

Most recently, Vingroup announced the establishment of VinFuture fund which will organize scientific and technological awards with the mission of creating positive changes in the daily life of millions of people on Earth by promoting scientific reserach and technological innovation.

“Branded goods King” and the emergency flight of his daughter

Deciding to charter a flight worth VND10 billion to carry his daughter who was suffering from Covid-19, from the UK to Vietnam, Johnathan Hanh Nguyen, dubbed as 'branded goods King' put all his hopes on Vietnamese doctors to save his daughter.

After she was cured, he donated money and materials to fight the pandemic. Johnathan and his family have donated VND30 billion so far.

Of this, VND15 billion was sent to the HCM City Fatherland Front to contribute to the fight against Covid-19, and VND5 billion to Mekong Delta provinces, which were struggling with a drought and a lack of clean water. The remaining VND10 billion was spent on equipment used at the hospital where his daughter was treated.

The businessman revealed that he had worked with suppliers in Germany on the procurement of medical equipment for the hospital.

As Vietnamese from all over the world have been returning, the businessman decided to allow the healthcare sector to use his supermarket, covering an area of 5,000 square meters in Tay Ninh, as a quarantine facility.

Looking back at 2020, Trinh Van Quyet, president of FLC Group, did not talk much about difficulties, but about Vietnamese businesses' determination to overcome difficulties.

“The year 2020 showed strong resilience of Vietnamese businesses. They have been brave, serious, not afraid of difficulties, not fearful of hardships, and they did not shrink back,” he said.

Quyet’s Bamboo Airways received and put wide-body aircraft into use for flights to Northeast Asia and long-distance flights to Europe and Australia. It received a license to fly non-stop to the US.

Vietravel Airlines officially joined the market in 2020 when the world’s aviation sector was paralyzed because of Covid-19.

The air carrier plans to use three aircraft in the first year and raise the figure to 30 within five years.

Nguyen Quoc Ky, president of Vietravel Airlines, said Covid-19 forced it to restructure its operation and products to adapt to the new conditions.

The carrier is now focusing on the domestic market, mostly serving the tours of the company and commercial passengers. The airline will set aside around 55 percent of seats for some 35-40 percent of the customers of its parent firm Vietravel.

“We will fly domestically first in the local 100 million person market. This is not a small market. Our revenue from domestic travel services in July 2020 was unexpectedly higher than that before the pandemic outbreak,” he said.

Hoa Phat shares on October 23 hit a record high of VND30,900 per share after 13 years of listing.

After that, the share price continued to escalate. The shares' closing price reached VND35,700 per share on November 20.

He was recognized by Forbes as a dollar billionaire in March 2018 with asset value of $1.3 billion. Later, he was excluded from the list of billionaires in the next two years as the Hoa Phat share price decreased.

In late May 2020, Long reentered the club of billionaires when his asset value hit $1 billion, thanks to the strong recovery of Hoa Phat share prices.