The HCM City Stock Exchange (HOSE) has announced that Quyet has registered to buy another 35 million FLC shares. With the current price, Quyet would have to spend VND160 billion to acquire the amount of shares he wants. 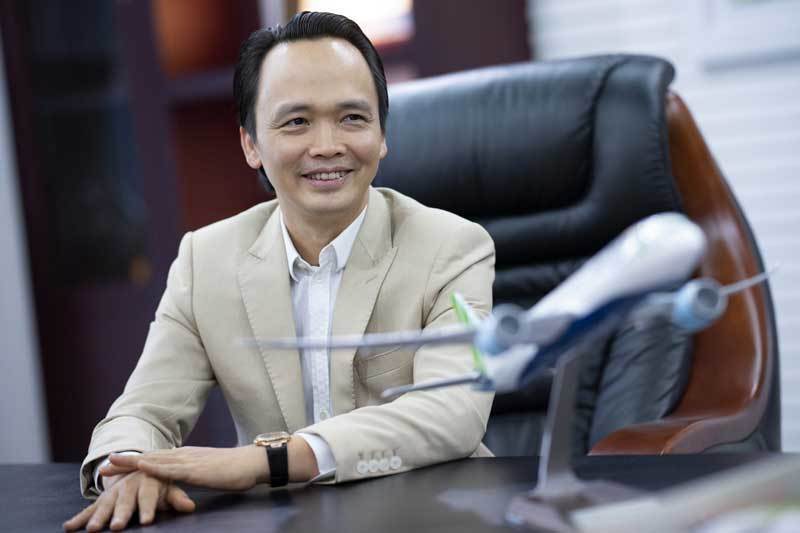 If the transaction succeeds, Quyet would see his ownership ratio in FLC to 200.43 million, or 28 percent of FLC’s charter capital.

The noteworthy fact is that Quyet registered to buy FLC when the price of the shares increased rapidly over the last four months, from VND2,700 per share to VND4,500 per share.

The group has reported a big profit of VND577 billion after tax for Q3, or 9 times higher than that of the same period last year.

FLC’s total assets had reached VND37.232 trillion as of the end of Q3, an increase of 16 percent over the beginning of the year.

Quyet recently made many deals buying and selling shares of the enterprises he owns.

GAB has also seen sharp price rises recently. After witnessing continued price increases for a succession of days (from the reference price of VND10,000 to VND150,000 per share within 3 months), the share once again rose from VND150,000 in late September to VND190,000 per share.

In mid-September, FLC stated that its hotel with 1,500 rooms in Quy Nhon will open in November.

FLC Grand Hotel Quy Nhon is considered one of the most modern hotel complexes in Vietnam built with 5-star standards. The hotel is located within the FLC Quy Nhon Beach & Golf Resort (FLC Quy Nhon), the first 5-star resort in Binh Dinh province.

As for GAB, it is considering developing solar and wind power in Bac Lieu. The project would cover at least an area of 200 hectares, while the total investment capital for the construction of the plant and hi-tech equipment would be no less than VND5 trillion.

Prior to that, an extraordinary shareholders’ meeting was convened, in which shareholders agreed to expand GAB’s business fields to tourism, real estate trading and real estate services, renewable energy, passenger and cargo air transport.

GAB plans to issue shares to increase its capital by five times to VND690 billion. In 2019, it reported a post-tax profit of VND16.6 billion.

Using online platforms to boost exports is an inevitable trend that will help food and beverage businesses penetrate the global market, reduce costs and quickly reach consumers, especially amid the COVID-19 pandemic.