Masan Group fulfilled its business plan set by the shareholders’ meeting with consolidated net revenue of VND77.218 trillion, up by 107 percent from 2019 and net profit of VND1.234 trillion to be allocated to shareholders. 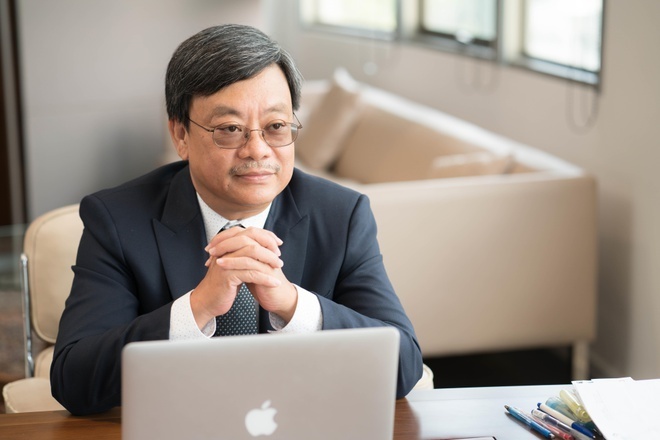 Masan’s revenue increased sharply thanks to the admission of VinCommerce in early 2020. However, as the supermarket chain still incurred a loss, the group’s profit decreased considerably compared with the year before. VinCommerce for the first time had a positive EBITDA in Q4 2020.

Masan reported that the revenue per square meter of VinMart+ chain grew by 11 percent in 2020. VinMart+ is considered the major driving force of VinCommerce in the future, when the mini supermarket chain expands. Meanwhile, the VinMart model will be re-positioned.

In terms of consumer goods, Masan Consumer Holdings (MCH), a subsidiary of Masan Group, reported 22 percent revenue growth rate in Q4, reaching VND7.612 trillion, or 27 percent of total (VND23.971 trillion). This was the first time MCH had revenue of $1 billion.

Masan plans to turn VinCommerce from a pure shopping point of sale into a platform serving essential needs with essential goods and services, accounting for more than 50 percent of spending on consumer goods, including fast moving consumer goods, fresh food, financial services and added value services. This was the aim of Masan when it decided to expand business into the retail sector.

Vinhomes (VHM) has released the Q4 financial report; many business records were made. The consolidated net revenue reached VND21.512 trillion in this quarter, up by 54 percent over the same period last year, because the company delivered products in four projects, namely Vinhomes Ocean Park, Vinhomes Grand Park, Vinhomes Smart City and Vinhomes Symphony.

The revenue from real estate transferred was VND1.547 trillion, an increase of 1,347.7 percent over the previous quarter, mostly from the delivery of two large commercial townhouse projects of My Tho and Bac Lieu.

This is an impressive business result if noting that the country is struggling to fight the pandemic and commercial banks have to support enterprises. With the result, Techcombank has listed itself among the top 3 banks with the highest profits, surpassing BIDV and Agribank.

The noteworthy feature is that the NPL ratio of Techcombank fell sharply to 0.5 percent from 1.3 percent in early 2020. It has the lowest bad debt ratio of all banks.

According to Forbes, as of the end of January 27, Anh had stock assets valued at $1.9 billion, though TCB shares lost 7-8 percent after three sessions.

FPT, the largest Vietnamese IT group, has ‘overcome the Covid-19 storm’, reporting revenue and profit growth rates of 7.6 percent and 12.8 percent. Digital transformation and IT services in the global market and the stable growth of telecommunications were the brightest business operations of the company.

Established in 2018, C-Holdings is now the investor of C-Sky View, a high-end apartment project which aims to create a livable urban area in Thu Dau Mot City.

Prior to that, C-Holdings and Cen Land signed a cooperation contract on investment in C-Sky View, under which Cen Land is the official investor of the project instead of the business development unit.

A lot of commercial banks reported huge profits in 2020. SeABank of Nguyen Thi Nga reported pre-tax consolidated profit of VND1.729 trillion, up by 24 percent over 2019, ROE of 11.06 percent. Meanwhile, its bad debt ratio was 1.86 percent only.

HDBank of Nguyen Thi Phuong Thao had pre-tax profit of VND5.818 trillion, up by 15.9 percent, and the bad debt ratio was 0.93 percent. Its revenue from services increased by 51.8 percent.

ACB reported a bad debt ratio of VND1.84 trillion at the end of 2020, an increase of 27 percent compared with early 2020. The bad debt ratio rose from 0.54 percent to 0.6 percent of total outstanding loans.