V-League side Becamex Binh Duong FC recorded a 1-0 over their Indonesian rivals PSM Makassar FC in the first leg match of their ASEAN Zonal semi-finals which took place in Thu Dau Mot city on June 19. 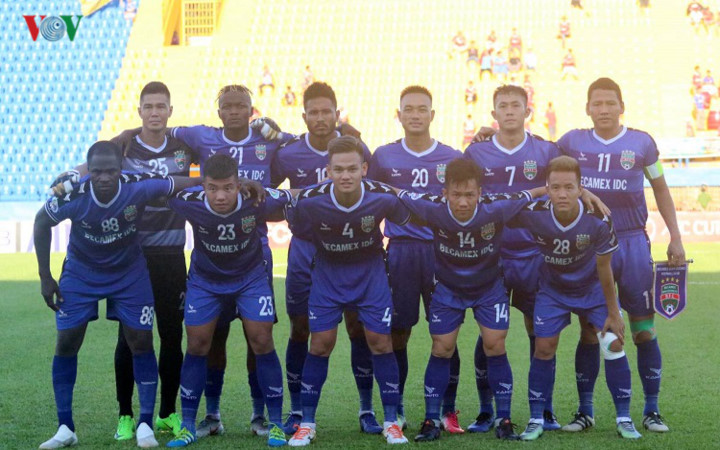 Passionate Indonesian supporters who had travelled to Binh Duong province gave huge encouragement to their team.

Despite the hot weather, the match was well attended by a large number of local fans.

A cagey opening saw no real chances in the first half of the match. Vietnamese goalkeeper Duc Cuong faced no significant challenges to his goal in the first half. Both teams went in at half time goalless.

The game changed in the 50th minute as midfielder Nguyen Trung Tin received a second yellow card for a high challenge and was sent off. This put the 10 men of Becamex Binh Duong FC on the back foot.

The red card forced a tactical reshuffle among the home side, with some of the players such as captain Anh Duc and striker Victor being forced to play out of position in a new formation. 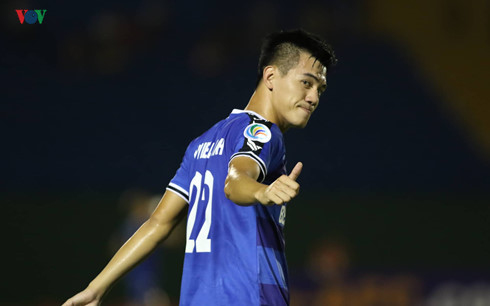 Nguyen Tien Linh was brought on as a substitute in the 75th minute. It only took him five minutes to break the offside trap and slot the ball into the bottom left corner of the goal.

This vital goal in the 80th minute has given Becamex Binh Duong FC the advantage ahead of the second leg which will be played at the Pakansari stadium in Bogor, Indonesia, on June 26.

Ten-man Becamex Binh Duong battled to a 1-0 victory over PSM Makassar at home in the first leg of the AFC Cup’s ASEAN Zonal semi-finals.