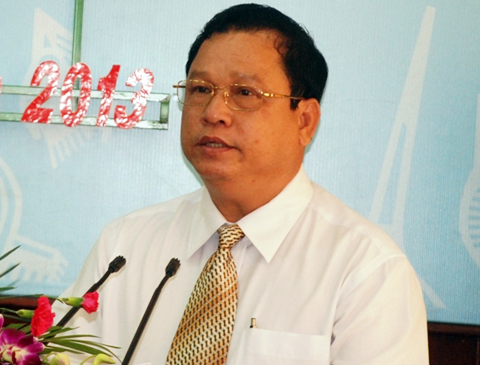 
Tram was elected as the new chairman of Binh Phuoc at an extraordinary meeting held on April 5 by the Binh Phuoc Provincial People’s Council.

According to the Central Inspection Committee, as the Deputy Party Secretary and Chair of Binh Phuoc Province, Thieu repeatedly violated the principle of democratic centralism, the work rules of the Binh Phuoc Party Committee and Binh Phuoc People’s Committee. He also was irresponsible in monitoring and supervision, signed a number of decisions that were contrary to law, causing losses for the state budget.

The Central Inspection Committee recommended reprimand on the Binh Phuoc Party Committee, warning against Thieu and proposed competent agencies to dismiss Thieu from the chairmanship and other positions.