The three products are priced between VND4.5 million and VND6.5 million, affordable for most consumers. 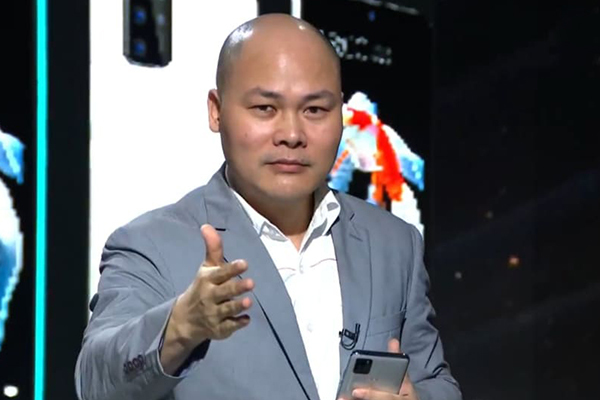 BKAV, the technology firm well known for his anti-virus software and BPhone smartphone, has officially launched BPhone A40, A50 and A60. Unlike the previous launches, the introduction of the trio has been carried out via livestream.

BKAV’s CEO Nguyen Tu Quang said the difference between Bphone A40, A50 and A60 lies in RAM and memory capacity. Bphone A40 and A50 are in white color, while A60 is blue.

Asked about the pricing, Quang said BPhone A is the brand for low- and mid-end market segments, and near-high-end segment.

Potential consumers are those who want high-configuration smartphones with good prices, but don’t demand products with unique design or features.

To develop A-series products, BKAV chose ODM (original design manufacturing), or outsourcing production to a partner. With mass production, the production costs are lower. The waterproof and aluminum monolithic are not seen in A series, but in return, they have good configuration and prices.

Unlike the BPhone series launched in previous years, the A series are ODM products, made from imported sets of parts instead of separate parts. Meanwhile, the trimming, software development, control of durability and wave quality are implemented in Vietnam.

Quang said that the localization ratio of A series is high and the most important production stages are carried out in Vietnam. A-series products are considered ‘Made in Vietnam’ products.

At the launch ceremony, the CEO said the difference in the phones lies in the software. The smartphones use BOS software and are equipped with specific features developed by BKAV, such as anti-theft feature, while the camera software is fine tuned to better serve users' macro and night shooting.

In related news, BKAV has admitted the data leakage which caused information of 200 users of its products to be exposed.

Prior to that, a member of the hacker R***forums showed the data of 200 Vietnamese users and affirmed that the data were from a database about users on breport.vn, the website belonging to BKAV.

BKAV’s media executive told VietNamNet that BKAV recently experimented with Breport.vn, a service on suggestions and error reports. During the process, it accidentally leaked email addresses and possibly the phone numbers of 200 clients participating in the experiment.

The experiment was carried out independently on a server on cloud infrastructure provided by Amazon.