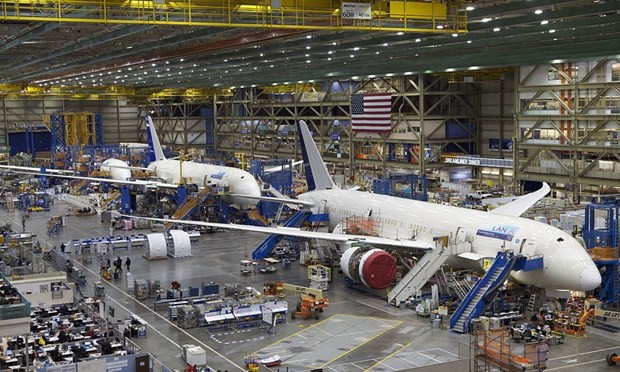 Boeing is working with seven suppliers in Vietnam, he said at the Boeing Aerospace Industry Forum recently held in Hanoi.
Hosted by Boeing, the forum was part of Boeing’s collaboration with Vietnam and its commitment to enhance the country’s aerospace capabilities.

He held that Vietnam will be a very potential market, provided that it owns high-quality human resources, good investment environment as well as the Government’s support policies.

Boeing wants to follow the ways of Samsung and Intel to expand its network of suppliers in Vietnam, Nguyen said, adding that the corporation will also work with Vietnamese firms to apply the best manufacturing practices and manage suppliers.
Source: VNA