Born in the Year of the Buffalo

According to many experts in 'feng shui', 'buffalo people' are more suited to traditional business than other lines.

Three entrepreneurs born in the Year of the Buffalo talk about how they lead their businesses.

Tran Dinh Long, chairman of the Hoa Phat Group: “I don’t say much, but when I do, I make it happen.” 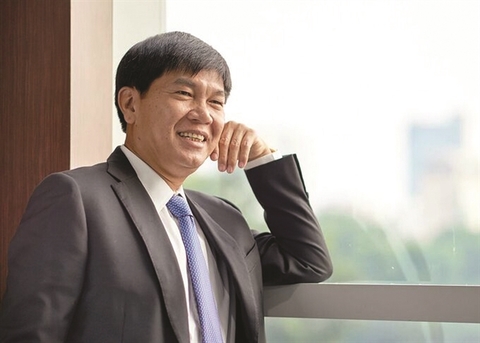 Though not the first to produce construction steel in Viet Nam, Long, born in 1961, made the Hoa Phat Group the leader in the industry in 2018.

He noted the demand for construction in Viet Nam and began leveraging his two businesses in machinery and furniture trading to produce construction steel in the late 1990s.

Industry insiders said at the time: “He knows nothing about steel, so how can he succeed?” They would never have guessed that, 18 years later, in 2018, Long’s group would become number one in the market and the person who “knows nothing” would be a billionaire.

Last year, amid the COVID-19 pandemic, Long’s group recorded a surge in both revenue and profit, earning more than VND91 trillion (US$3.9 billion) in revenue and posting VND13.5 trillion in after-tax profit, up 41 per cent and 80 per cent, respectively, against 2019.

He told Viet Nam News of three factors behind his success: “First is the right investment on a long-term path. Second is good management. And the last is the huge market demand for construction steel in Viet Nam, as a new industrialised country.”

Hoa Phat benefited greatly from the Government’s policy of increasing public investment during the pandemic.

With construction to begin next January to meet increasing demand for hot-rolled coil (HRC), its second Dung Quat steel complex will help boost annual revenue and profit by as much as 80 per cent, Long said.

The consumption of HRC last year totalled 12 million tonnes in Viet Nam, for growth of 8-10 per cent. As the country’s two steel mills -- Hoa Phat and Formosa -- supply only 8 million tonnes, “there is huge potential for a new complex,” Long believes.

With the character of a 'buffalo', which is earnest and serious, he always takes care of things in a gradual process. He told Viet Nam News about his success: “It’s no secret. The way we do things at Hoa Phat is to consistently follow the path chosen, carefully calculating the needs of the market and investing accordingly.”

Long is famous for telling the group’s shareholders some years ago: “I don’t say much, but when I do, I make it happen.”

Mai Huy Tan, born in 1949, earned his PhD in Mathematics at Germany’s Martin Luther University. After a time teaching in the country, he returned to Việt Nam and worked for the Ministry of Industry and Trade before starting his own business at the age of 52.

His first company, sausage-maker Đức Việt, was a great success, winning the hearts and taste buds of consumers countrywide.

He sold the business in 2016 to South Korea’s Deasang Group for US$32 million.

“I have nothing to regret about the deal. I sold the company to the best partner and the South Korean owner appreciates my work, keeping the same trademark and growing the business around the world,” Tan said.

With the persistence of a 'buffalo', Tan started yet another business, using the circular economic model, in the Mekong Delta’s Hậu Giang Province, with the aim of making the Delta 'the Netherlands' of Asia.

“I started again at the age of 72,” he told Viet Nam News. “My project will turn Viet Nam into an agriculture hub of the world. Việt Nam can’t copy the way Singapore became wealthy but it can do so itself by developing smart agriculture in a circular economic model.”

He calculated the Mekong Delta has a similar area and population as the Netherlands, which is the world’s second-largest agriculture exporter.

His circular economy project would develop a closed chain of smart and organic rice cultivation, cattle husbandry, and an aquaculture area, while producing four types of green energy -- bioenergy, wind power, rooftop solar, and waste energy -- initially in Hau Giang and then in 12 other provinces in the Delta. The energy generated would be used for the project and sold to the national grid, he said.

Costing about $210 million, the AGINE complex spans 30ha, while GREENDEVI will cost $420 million and covers 63.5ha.

When the project is expanded to the entire Hau Giang by 2030, as planned, Tân said it would post a turnover of VND200 trillion ($8 billion) for the province.

He believes that his persistence in whatever he does is indeed because he was born in the Year of the Buffalo.

At the age of 72, he is still a regular jogger and sometimes swims and does gym excercises. Staying abreast of new knowledge every day, he said he could lead the project at least until he is 80.

He has also staffed the company with people from the 8x and 9x generations. “They will help turn my project into reality to benefit Việt Nam,” he told Viet Nam News.

Le Hoang Diep Thao: “People often expect to face more difficulties during the year of the animal they were born in, but I choose to think and plan ahead for myself and my business to overcome any difficulties. When I plan carefully, the difficulties, if any, are included in the planning.”

Born in 1973, Le Hoang Diep Thao, CEO of King Coffee, was recently recognised as the “Most Admired CEO in Food & Beverages” by Global Brands magazine.

Viewing King Coffee, which began in 2016. as her second start-up, following Trung Nguyen Coffee, Thao chose the US and its large overseas Vietnamese community as her first market.

A few months later, King Coffee entered the Chinese market and was among top 4 best-selling brands on T-Mall Super Market (one of Alibaba’s three key e-commerce sites) by the end of March 2017. King Coffee was being exported to 60 countries and territories at the time, which had grown to 120 by last year.

Calculating the global coffee industry to be worth more than US$200 billion, Thao was not happy with the fact that Viet Nam, as the second-largest coffee exporter in the world and the world’s leader in Robusta exports, only earned around $3 billion a year from the crop.

“My ambition is to make the coffee industry one of the key sectors in the local economy. Globally, we are aiming to develop King Coffee into one of the top 10 coffee brands in Asia and one of the key players in Viet Nam’s agricultural industry over the next five years,” Thao, also vice chairwoman of the Viet Nam Coffee-Cocoa Association (Vicofa), told Viet Nam News:

She believes that Viet Nam needs to further elevate its coffee industry, entering higher segments of the global value chain rather than simply exporting raw materials. One kilo of green coffee beans now sells for VND5,000 (22 US cents), while a cup of actual coffee costs $5. Local farmers struggle to nurture their coffee trees, and are yet to see worthwhile results because the coffee price is too low and unstable.

She told Viet Nam News that, amid the pandemic, the global coffee industry still grew 2 to 4 per cent annually. In the next 5 to 10 years, the global coffee market is expected to be short of supply, so Viet Nam needs to take practical action to quickly seize new opportunities, by replanting trees, improving coffee standards, and creating a better reputation in the world market.

Born in the Year of the Buffalo, she said persistence in reaching goals is the key to success, adding: “People often expect to face more difficulties during the year of the animal they were born in, but I choose to think and plan ahead for myself and my business to overcome any difficulties. When I plan carefully, the difficulties, if any, are included in the planning.” — VNS

What do local businessmen think about the effects of the second Covid-19 wave?

Anticipating difficulties ahead, businesspeople believe that it is not the time to leave the market.