Having overcome the Covid-19 crisis, pharmacy firms are expected to have greater opportunities to thrive.

Saigon Securities Incorporated (SSI) said that since Vietnam’s pharmacy firms have to import 80-90 percent of input materials for domestic production, they were hit by a material supply interruption during Covid-19. 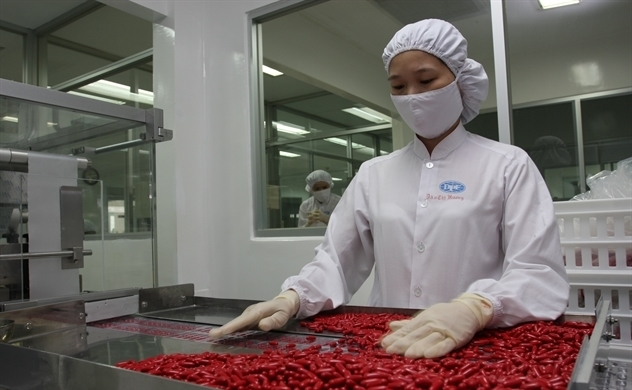 As a result, Hau Giang Pharmacy has decided to be cautious when planning its business in 2020. The targeted revenue of VND3.886 trillion and pre-tax profit of VND720 billion are nearly the same as 2019.

However, the firm’s Q1 finance report showed that its business performance was much better than predicted with net revenue of VND858.5 billion, up by 12 percent, and net profit VND177 billion, up by 30 percent compared with the same period last year.

Unlike Hau Giang Pharmacy, Imexpharm was not affected much from the material supply disruption as imported materials just account for 50 percent of total materials.

As for Traphaco, the pandemic led to slower technology transfer from Daewoong Pharmaceutical, while the plan to distribute seven new products has been delayed to early next year.

However, Traphaco still hopes it can earn revenue of VND2 trillion this year, up by 16.5 percent, and post-tax profit of VND180 billion, up by 5.5 percent.

Analysts all predict bright prospects for Vietnam’s pharmacy industry. According to Mirae Asset, the total value of the industry reached $6.95 billion in 2019 and the growth will be stable in the next 10 years.

Regarding the ratio of total spending on GDP, the figure is just 2.53 percent for the pharmacy industry, which is much lower than the average 3.63 percent of other developing countries. This means that there are still many opportunities for pharmacy firms.

Regarding public health, the coverage of health insurance has been increasing steadily year by year. In 2019, it covered 85 percent of total population, while the figure is expected to rise to 92 percent this year.

The Ministry of Health aims to raise Vietnam-made medicine consumption to 22 percent by 2020 at central hospitals, and to 50-75 percent at provincial and district hospitals and health facilities.

Three leading securities companies, including SSI, BSC and VNDirect, believe that the shares of pharmacy firms are the safest securities.

However, the gross profit margins of pharmacy firms are different. Pymepharco, Hau Giang Pharmacy and OPC Pharmacy have margins of over 40 percent.

The Vietnamese government intends to meet 80% of its domestic pharmaceutical demand through local drug manufacturers.