PNJ shares of Phu Nhuan Jewelry unexpectedly witnessed a sharp price fall of 6.9 percent on December 10 to VND73,000 per share, which caused the capitalization value of the enterprise to decrease by VND1.24 trillion. 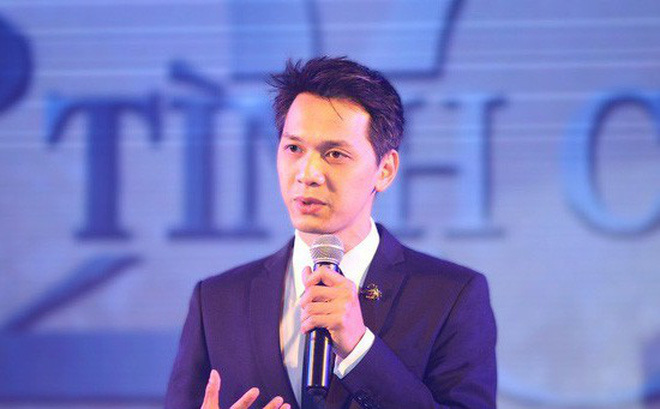 Two months ago, PNJ announced a plan to issue 2.3 million ESOP shares to workers, equal to 1.03 percent of total amount of shares in circulation.

PNJ Chair Cao Thi Ngoc Dung has the right to buy 257,600 shares under the ESOP issuance program at VND20,000 per share from December 4 to December 25. After the transaction, the PNJ ownership ratio will rise to 20.6 million, or 9.13 percent of charter capital.

Tran Phuong Ngoc Thao, member of PNJ, the daughter of Cao Thi Ngoc Dung, has the right to buy 25,000 ESOP. If the transaction succeeds, she will hold 5.76 million shares, or 2.54 percent of the company’s charter capital.

Because of the price fall, Dung and CEO Le Tri Thong have lost VND1.24 trillion. However, this was a correction, after the share price soared by 57 percent within several months.

Phan Thi Thu Hien, the wife of The Gioi Di Dong (MWG) President Nguyen Duc Tai, has registered to sell 500,000 MWG shares under the put-through mode from December 9 to December 31.

With the price hovering at a peak now, Hien is expected to collect VND57 billion.

The amount of shares Hien wants to sell just accounts for a small proportion of shares that Hien and her husband are holding.

Before the transaction, Hien held 2.45 million MWG shares, while Tai had12 million.

However, what investors are interested in is the time of sale. MWG shares have seen prices increasing recently, from below VND60,000 per share to VND115,000, or 92 percent.

Bankers get over $1 billion

ACB shares of Asia Commercial Bank (ACB) is still on the rise after soaring by 60 percent from VND17,000 per share in late July to VND27,300.

With more than 2.16 billion shares in circulation, the price increase has helped its shareholders earn $1 billion. The bank’s capitalization value has increased to VND59 trillion, or $2.5 billion.

ACB President Tran Hung Huy and his family members have seen their assets increasing in accordance with the ACB price rise. Huy is holding 3.43 percent of shares. His mother, Dang Thu Thuy, is a member of the bank’s board of directors.

The ACB share price increased thanks to the good business performance despite Covid-19, the plan to shift to list shares on the HCM City bourse instead of Hanoi, and the cooperation deal with Sun Life, an insurer.

Hoa Phat Group plans to divest from its furniture manufacturing division, because it is believed to be unsuited to the large-scale manufacturing model using modern machines and high technologies.

The furniture manufacturing division has been operating for 25 years. Hoa Phat Furniture JSC employs more than 2,000 workers, and has four branches and a distribution network throughout the country. Its products are exported to Asia, the Middle East and Eastern Europe.

Hanoi-VID has announced the successful issuance of 60 lots of shares at VND50 billion per lot.

Within one day, August 28, it mobilized VND600 billion through bond issuance. These are 7-year bonds, with interest paid once a year.

The interest rate is unclear. All the bonds are distributed through its agent – KB Securities.

Both of them belong to TNR Holdings owned by Tran Anh Tuan and Nguyen Thi Nguyet Huong. Huong is also chair of the founding council of Maritime Bank, where her husband, Tuan, is President.

The board of directors of Agrico approved the resignation of Nguyen Anh Quan and Hoang Huu Duc, the two deputy CEOs of the company.

Nguyen Hoang Phi, chief accountant, will also leave to take the office as deputy CEO, in charge of finance, collection and business.

HAGL Agrico plans to hold an extraordinary shareholders’ meeting, while the discussion about the capital increase plan will be delayed to January 2021 instead of December 2020.