Tan Hoang Minh withdrew from the Thu Thiem land auction; a life sentence was upheld for Tran Phuong Binh, former CEO of Dong A Bank; and Vinasun’s boss resigned. These were the most outstanding stories last week. 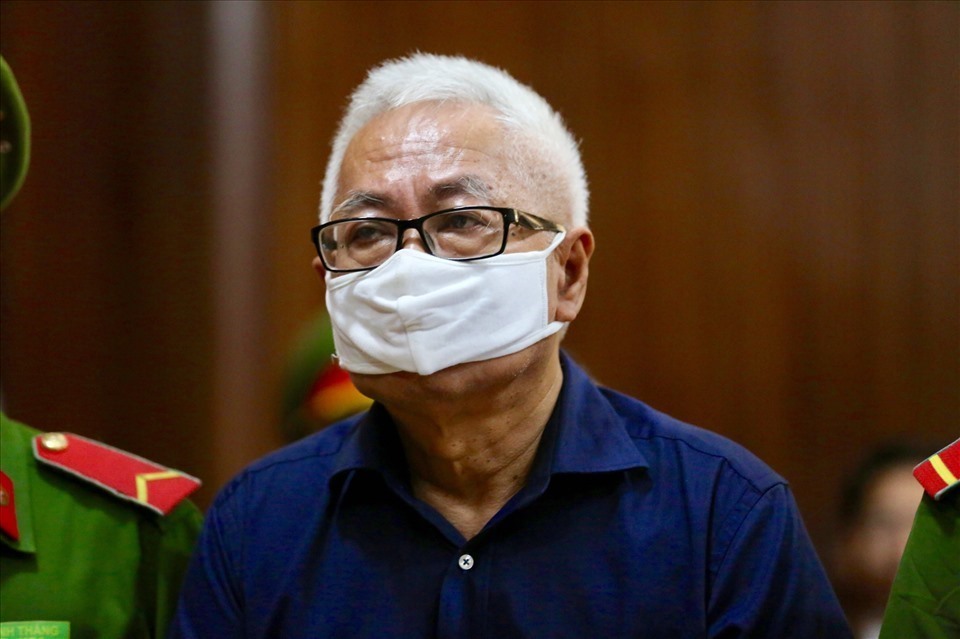 In the letter, Dung I said he was unilaterally terminating the contract on purchasing the land plot and accepting all the sanctions for breaking of the contract.

The move aims at “protecting the stability of the real estate market and the interests of society”.

Regarding the reason for the high bidding price he offered, he said he wanted to make a contribution to help HCM City have more strength to overcome difficulties after the pandemic. He was determined to attend the auction with the desire to help increase revenue for the city’s budget and build a modern and civilized work which to upgrade the architectural face of Thu Thiem.

Dung decided to pay VND700 billion more than the foreign company which offered the second highest price to acquire the land plot.

At that time, in response to doubts that he would cancel the contract, Dung affirmed that this would not happen.

"Regarding the suspicion that Tan Hoang Minh 'conspires' and eventually gives up the deal, I can affirm that there is no such thing spending nearly VND600 billion for a deposit and then giving up and leaving a bad reputation. Moreover, the legal framework about the auction is very clear, and you can’t attend auction and then give up as you want. Tan Hoang Minh is a big business. A good name is sooner lost than won,” he said.

In 2016, Tan Hoang Minh once won a bid to buy a pair of precious ancient ornamental jars at VND6 billion. But he gave that up later.

HCM City High People's Court has rejected the appeal of all the defendants and the civil plaintiffs who have appealed in the case at Dong A Bank (DAB). The court has confirmed the life sentence for Tran Phuong Binh, former CEO of the bank.

Considering the appeal of the defendants, especially Binh’s appeal to reduce the punishment, the jury said the first-instance court's judgment of life sentence for the defendant is commensurate with the nature of the defendant's behavior.

At the appellate court, Binh did not have any special extenuating circumstances, and he has not given back all the money he appropriated from DAB.

From 2007 to 2013, Binh, as CEO and Vice Chair, directed his subordinates to conduct operations that caused a loss of VND8.8 trillion to DAB.

Thus, Binh has been sentenced to life in prison for abusing his position and power to appropriate property; and 20 years in prison for violating regulations on lending in the operation of credit institutions. The total penalty is life in prison.

Prior to that, Binh was sentenced to life imprisonment in a case of DAB losing VND3.6 trillion.

On November 11, Phuong sold 1.6 million YEG to reduce the ownership ratio from 7.5 percent to 2.47 percent.

Phuong is the daughter of Tran Quy Thanh, Chair of Tan Hiep Phat, a drink manufacturer, and holds the post of Deputy CEO of the group.

YEG has seen a strong bounce recently. On January 10, YEG was traded at VND22,000 per share. With the price, Phuong might have to spend VND81.5 billion on the deal.

On January 13, Vinasun released a notice about the termination of labor contract with Nguyen Thi Dang Thu, deputy CEO of the company.

Vinasun said because of the complicated developments of the pandemic, the company has to scale down the business and restructure the apparatus.

The board of directors of the company now comprises nine members, including CEO Dang Thi Lan Phuong and eight Deputy CEOs.

Nguyen Quang Trung, General Director of Da Nang Housing Investment Development JSC, has been arrested, while Vo Van Cuong, Director of LAND Ha Hai Co Ltd, tried to commit suicide in the courtroom after the court issued a decision against him.