Policymakers amending the Labor Code want to lift the retirement age but a survey has found that 50.7 percent of polled workers oppose the idea.

A survey by the Vietnam Women's Union of more than 1 million workers found that 49.3 percent of workers agreed on the plan to increase the retirement age among certain groups of workers, while the remaining 50.7 percent did not agree because they thought workers should be entitled to earlier retirement. 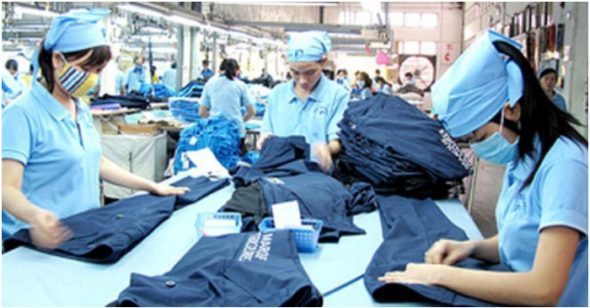 Tran Thi Huong, 40, a seafood worker at a canned food company in Hai Phong City, said she has to work in an environment with severe conditions.

She said many workers in her company will retire soon after paying social insurance premiums for 20 years, because their health condition is not good enough to continue work.

“Female workers in hazardous working environment will see their health conditions getting worse at the age of 40. I will also retire soon, after paying social insurance premiums for 20 years,” she said.

Vu Thi Xuyen, a garment worker, has paid social insurance premiums for 18 years since she was 20 years old.

“Garment workers have to work very hard for 8-12 hours a day,” she said. “Sometimes I have a backache and blurred vision after finishing my working shift. ”

“I know that early retirement will bring a low pension. However, this is the only choice,” Xuyen said.

Tran Duc Thuy, a dock worker at a company at Cua Lo Port, said he has to work in severe conditions in the open air with rain and sun, and smoke and dust.

Thuy, 43, has difficulty breathing and has backaches.

“I heard that the state is considering lifting the retirement age. However, I want policymakers to understand that those who have to work in severe conditions cannot continue to work at over 50,” Thuy said, adding that many workers are sick because of job-related diseases.

Nguyen Thi Ha, chair of the Vietnam Women’s Union, said the survey shows that it would be better to apply a flexible policy, under which the workers in hazardous environments can retire 5-10 years sooner than usual.

Mai Duc Chinh, former deputy chair of the Vietnam Labor Federation, noted that the owners of textile and garment, electronics and seafood companies want to dismiss workers aged 40 and above because of their health conditions.

The recent assessment of ranking Vietnam as one of the 10 fastest-growing markets for branded residences worldwide poses questions for the infant market’s actual capacity.