Passenger transportation units, especially airlines and railways, had not yet recovered fully from the first COVID-19 outbreak when the second outbreak occurred and dealt another blow. 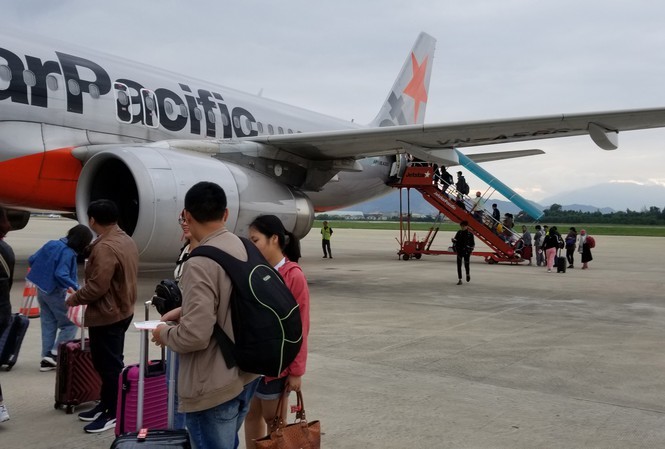 Deputy general director of the Vietnam Railways (VNR) Tran Thien Canh on August 5 afternoon reported that passengers have canceled bookings and asked for refunds of VND25 billion over the last week.

The train frequencies have been reduced for some routes, including Hanoi – Yen Bai, HCM City – Nha Trang and HCM City – Phan Thiet with trains available only on weekend.

As for the aviation sector, the domestic air network was expanded by 10 percent, but this only existed for some days before the second epidemic outbreak. Aviation has suffered the most.

In the immediate time, all the flights to/from Da Nang will be suspended from July 28 to August 11.

Until the decision was made, Vietnam air carriers had been providing flights on 11 domestic routes with approximately 100 flights a day and 40,000 passengers flying to/from Da Nang.

Airlines also have to reduce the frequency of flights on routes to tourism sites such as Phu Quoc Island, Nha Trang, Hue and Quy Nhon. They reported that the number of passengers dropped by 30 percent compared with the days before the second outbreak.

After the first epidemic outbreak was controlled, Vietjet Air opened 52 domestic air routes, provided 14,000 flights and carried 2 million passengers. However, the revenue from air transport in Q2 was VND1.97 trillion only, a sharp fall of 54 percent compared with the same period last year and it took a loss of VND1.122 trillion.

As for Vietnam Airlines, it had revenue of VND25 trillion in H1 and took a loss of VND6.5 trillion.

Bamboo Airways has not made public the business results of H1, but sources said that in Q1 alone, the air carrier incurred a loss of VND1.5 trillion.

Meanwhile, Pacific Airlines predicted that the output and revenue in the whole year of 2020 would decrease by 64 percent and it would take a loss of VND1.2 trillion.

Rays of sunshine in aviation clouds