Commercial banks have been offering to sell mortgaged assets, from high-end apartments, land and townhouses to cars, equipment and production workshops, in order to collect debts. 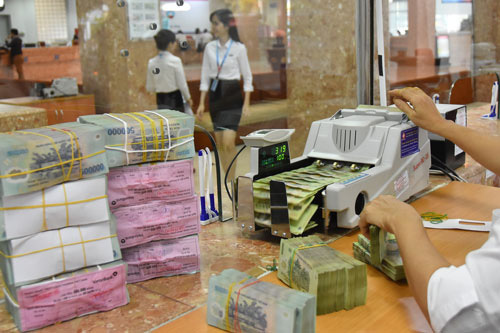 Analysts said the wave of mortgaged asset liquidation was foreseeable. As businesses are facing difficulties because of Covid-19, they cannot sell products to get money for debt payments.

Nguyen Duc Thach Diem, CEO of Sacombank, said the bad debts auctioned in the first five months of the year reached VND9.7 trillion. The bank hopes it can settle the debt of VND11 trillion this year.

Nguyen Quoc Hung, director of the Credit Department of the State Bank of Vietnam (SBV), said 1,800 trillion, or 23 percent of total outstanding loans, have been affected by Covid-19.

SBV Governor Le Minh Hung has expressed his concern about the increase in bad debts as a result of Covid-19.

Asked about the salability of the mortgaged assets, Diem said the demand from investors for real estate, which is collateral for loans, is very high, especially demand for industrial property.

Vietnam is expected to receive a new FDI wave in the time to come, so many investors want to inject money into IZ projects.

Sacombank’s finance report showed that the bank’s outstanding loans increased by VND10 trillion in the first three months of the year, while non-performing loans (NPL) rose by VND1.3 trillion. The fifth-group debt (the worst debt) soared from VND4.508 trillion to VND4.71 trillion.

This has forced the bank to increase the provision of VND404 billion in total against risks, which resulted in a pre-tax profit drop to VND906 billion.

A senior executive of the bank said the bad debts are mostly from individual clients who borrowed money to buy cars.

BIDV’s Training and Research Institute estimates that banks’ income may decrease by VND30-34 trillion because of Covid-19. SSI predicted that banks’ pre-tax profit may increase by 7.2 percent if the pandemic can be contained by the end of Q2.