It is the first private carrier in Vietnam to use a wide-body aircraft.

The plane’s first service will be from Hanoi to Van Don International Airport in Quang Ninh. It will be mostly operated on the route between Hanoi and Ho Chi Minh City, and Hanoi and Phu Quoc to serve high travel demand during the Lunar New Year (Tet) Festival in January, 2020.

The airline expects to add more three Boeing 787-9 Dreamliner to its fleet by January next year.

Earlier this year, Bamboo Airways signed an agreement to purchase 30 wide-body aircraft Boeing 787-9 Dreamliner worth 5.6 billion USD. By January, 2020, the airline's fleet will reach 30 aircraft, and is expected to grow to 100 by 2024.

Bamboo Aiways currently operates 34 domestic and international routes, and is hoped to provide service on 37-40 routes by the end of 2019, including regular international routes to the Republic of Korea, Taiwan (China) and other countries in Southeast Asia.

So far, the airline has conducted more than 20,000 safe flights to serve nearly 3 million passengers. Its on-time rate was 94 percent, leading the industry in the first 11 months of this year./.VNA 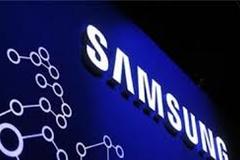