Experts have warned that the epidemic would lead to increased risk in asset quality.

Bad debts are expected to increase from borrowers in production and trade fields.

In its latest report released on March 2, Moody’s warned that the asset quality of the banks in Vietnam may be at risk because of the interruption of supply chains. If the epidemic lasts a long time, the bad debts in the production and business will increase because Vietnam is heavily relying on global supply chains. 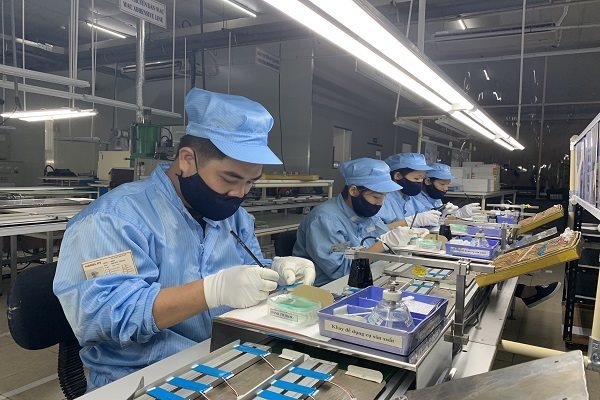 Standard Chartered Bank has recently announced its assessment of the impacts of Covid-19 on Asian economies. The major impacts include the direct influences to economies, the interruption of material supplies and the sharp fall in tourism demand from China.

The bank said China provides over 20 percent of total goods used for production. As for Vietnam, the imports of materials account for more than 30 percent.

As such, the epidemic will have the biggest impacts on production, which was the key driver for Vietnam’s economic growth in recent years.

The impact may be strongest in Q1 with the growth rate predicted to slow down to 4.5 percent compared with the same period last year, and the recovery would be seen only in the second half of the year.

The production growth rate is predicted to decrease to 8 percent this year from 11.3 percent in 2019, which may cutem 0.4-0.6 percentage points of GDP growth rate.

On February 24, the State Bank of Vietnam (SBV) released a document requesting credit institutions to restructure debt payments and apply measures to help borrowers overcome the difficulties caused by Covid-19.

This helps ease bad debt increases in the short term. However, if the epidemic persists, this measure may delay the recognition of bad debts at many banks, thus degrading the asset quality of these banks.

According to Maybank Kim Eng Securities, only a few commercial banks, including Vietcombank, ACB, MBBank and VP Bank, are capable of coping with shocks in short term, thanks to the provisioning against bad debts.

Of these, Vietcombank and ACB reportedly have high asset quality and good provisioning against risks. The banks are expected to be able to maintain high profit growth in 2020 (20-26 percent) and ROE at 21-23 percent.

Thoi Bao Kinh Doanh quoted experts as saying that the goal of the banking sector to reduce the bad debt ratio to below 3 percent this year may be unattainable, because of Covid-19 presence internationally.

VP Bank estimated that 1,000 of its clients have been affected by the epidemic and the figure may increase.

Credit growth of the banking system in the first two months of this year reached only 0.06 percent, slowing significantly against the 1 percent rate in the same period last year, due to impacts of the COVID-19 epidemic.