Covid-19 has temporarily disrupted investments, but the interest in Vietnam remains strong as it is expected to be the new industrial power in the region. Investors are still seeking land and workshops to prepare their plans. 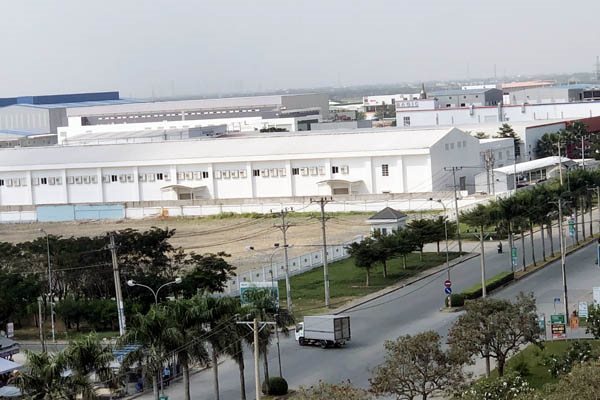 According to JLL, more and more online platforms have been set up which allow clients to find and lease land from a distance.

The high demand for industrial land is from manufacturers who want to diversify their production portfolios, especially in the hi-technology field. The major clients for ready-made workshops are small and medium enterprises.

CBRE reported the appearance of big tenants from the electronic manufacturing sector in the first nine months of the year, including phone manufacturing companies in an IZ in Bac Ninh (100 hectares) and Pegatron in the Deep C Hai Phong 2 IZ.

There are some deals that began before the pandemic outbreak and were wrapped up this quarter. These have increased the average occupancy rate in IZs in northern provinces, including Hanoi, Hai Phong, Bac Ninh, Hung Yen and Hai Duong.

The relocation of supply chains is believed to be the driving force pushing real estate demand up in the time to come.

As Vietnam is predicted to become a large sustainable production center, most IZ developers in the north have big advantages in negotiations despite the epidemic crisis.

The land rent keeps increasing thanks to high demand. According to JLL, the land rent reached the new peak of $102 per square meter in Q3, an increase of 7.1 percent compared with the same period last year.

The rent for ready-made workshops also increased, hovering around $4.1-5.2 per square meter a month in Q3, an increase of 2.1 percent over the same period last year.

Meanwhile, the rents in some IZs in Hai Phong, Bac Ninh and Hai Duong rose by 20-30 percent over the previous year.

The average occupancy rate was 78 percent, while the rate was higher in Hanoi, Hai Duong and Bac Ninh, at 90 percent. Most unoccupied land in major industrial areas is in Hai Phong and Hung Yen.

The market of ready-made workshops and storehouses did not see considerable changes compared with the previous year since plentiful supply was offered in 2019 and the first nine months of 2020. The interruption in leasing activities because of travel restrictions was also a reason.