Hoang Quoc Thuong, a National Assembly Deputy from Hai Duong province, on October 22 expressed concern about the rapid increase in the outstanding loans to the real estate sector, which has reached VND1,500 trillion. This could lead to uncertainties and high risks for the national economy. 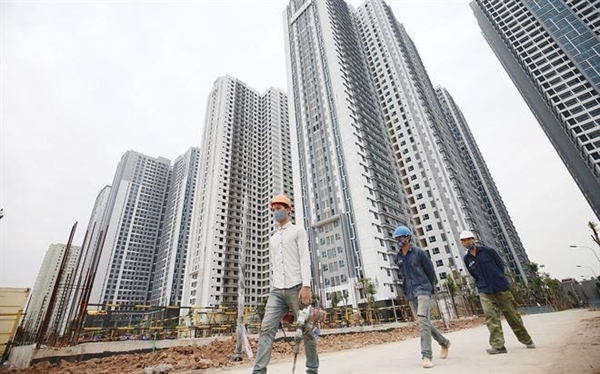 Deputy Prime Minister Vuong Dinh Hue confirmed that the credit provided to the real estate sector is still on the rise, but Vietnam is keeping tight control over lending. However, it cannot prevent capital flowing into the sector. Real estate projects also help other sectors, such as building materials and interior decor.

However, Hue said there have been big changes in relations between economic growth and credit growth. In the past, credit sometimes grew by 33 percent, while GDP grew by 5-6 percent. Now, credit is growing by 14 percent only, while economic growth is higher.

When restructuring the economy, the government tightly controlled the credit policy, especially credit to the real estate sector.

It only encouraged lending to manufacturing and business sectors. Real estate credit is considered risky and is under strict control.

Also according to Hue, outstanding real estate loans soared in the first months of the year because the government changed the calculation method.

In previous years, loans provided to fund house purchases and repairs were counted separately from consumer credit. However, in 2018, the government decided that these loans are part of consumer credit.

Hue said in order to tighten cash flow into the real estate sector, the government has tightly controlled lending to large-scale real estate projects and high-end projects (villas and resorts). The Governor of the State Bank has to report to the government when funding projects with outstanding loans of VND5 trillion or higher.

Vietnam has made considerable progress in terms of providing access to credit to become one of the top 25 global performers, according to the newly-released Doing Business Report 2020 produced by the World Bank.