“I am overwhelmed with joy. But the worry about what to do to help the corporation overcome the pandemic is 20 or 30 times more,” said the newly appointed chair of Vietnam Airlines. 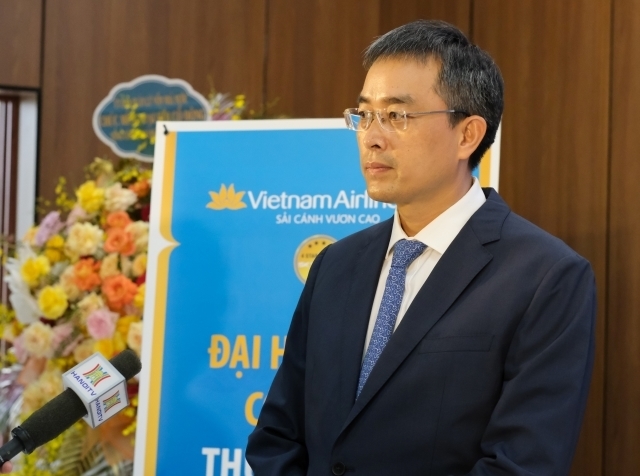 Born in 1970, Tuan has a master’s degree in economics. He joined Vietnam Airlines in 1996 and has been in many different posts since then. From August 2018 to August 9, 2020, Tuan was director of Vietnam Airlines’ operations center.

Dang Ngoc Hoa, who was deputy CEO of Vietnam Airlines, was appointed the new chair of the national flag air carrier at the annual meeting on August 10.

Born in 1972, he has a master’s degree on aviation safety. Hoa has been working at Vietnam Airlines since 1995. In 2016, he began working as a deputy CEO.

Meanwhile, HDBank, of the female dollar billionaire Nguyen Thi Phuong Thao, has appointed Nguyen Huu Dang to the post of deputy chair and Pham Quoc Thanh to the post of CEO of the bank.

At APEC Securities, Pham Duy Hung, who has been working for the company since 2007, has become the new chair of the company.

FPT Securities has appointed Nguyen Van Dung to the post of chair of the company, while Nguyen Diep Tung will continue as CEO for the 13th consecutive year.

VNDirect has replaced Pham Minh Huong with Do Ngoc Quynh as CEO.

A quick survey conducted at the ‘From Survival to Prosperity’ Forum organized by FPT Group some days ago found that 85 percent of business managers predicted the impact of Covid-19 would last until the end of 2021.

Coteccons has announced the appointment of Vo Thanh Liem as the acting CEO since August 6, replacing Nguyen Sy Cong.

Vietnam Airlines projects loss of over US$650 million this year

National flag carrier Vietnam Airlines has forecast a consolidated pre-tax loss for 2020 of nearly 15.18 trillion VND (over 650 million USD) due to COVID-19.