Chinese cars can attract Vietnamese customers because they cleverly imitate European, Japanese and American luxury models in appearance, while the selling prices are very reasonable.

The General Department of Customs (GDC) reported that Vietnam imported 4,918 cars in April 2020, a decrease of 60 percent in quantity and 40 percent in value compared with the month before. However, imports from China increased sharply. 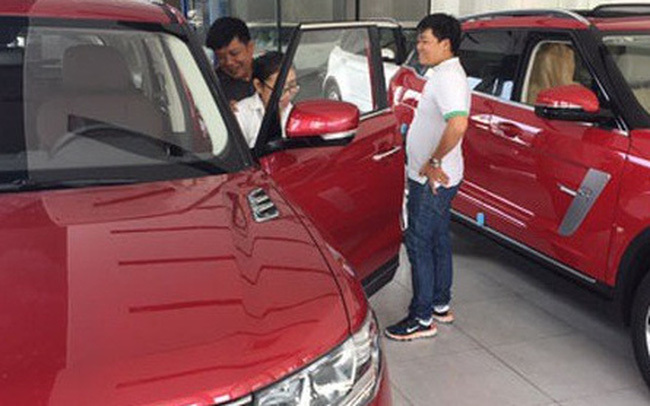 According to car dealers, after the illegal ‘cow’s tongue line’ was discovered on the map of Volkswagen Touareg’s screen in October 2019, cars with less than 9 seats from China did not arrive in Vietnam for many months.

However, Chinese cars have returned to Vietnam in recent months, when inspection regulations were loosened. Instead of examining quality of imported CBU cars in lots, customs agencies now only exam representative samples.

An analyst predicted that the Vietnamese market would be flooded with Chinese cars, saying that not only Chinese CBU imports would come, but Chinese cars would also be assembled in Vietnam.

Tan Chong Motor has invested in an automobile factory in Vietnam which wi specialize in assembling cars, trucks and buses with MG brand, under the management of SAIC Motor Group.

The Dong Feng Group is also considering making an investment in an automobile manufacturing project in Vietnam.

Chinese CBU cars now bear relatively high tariffs of 40-70 percent. However, their selling prices are still 50 percent lower than Japanese and South Korean cars of the same kinds. If the models are assembled in Vietnam, their prices would be 20-30 percent lower.

Nguyen Thanh Tung, a car dealer in Tan Binh district, HCM City, said that Chinese cars can be sold, though they don’t have strong brands, thanks to theur reasonable prices and attractive appearance. Their quality has also improved significantly.

Most Chinese cars have designs relatively similar to some luxury models such as Ranger Rover, Lexus, BMW, Audi and Land Rover.

The Chinese Baic BJ40 SUV, for example, listed as a luxury model, and priced at VND900 million, is designed with the style of Mercedes-Benz G-Class.