There are three things Vietnam needs to focus on – institutional reform, transport infrastructure upgrading and the heightening of the role of the private sector, according to Tran Dinh Thien, former Head of the Vietnam Economics Institute. 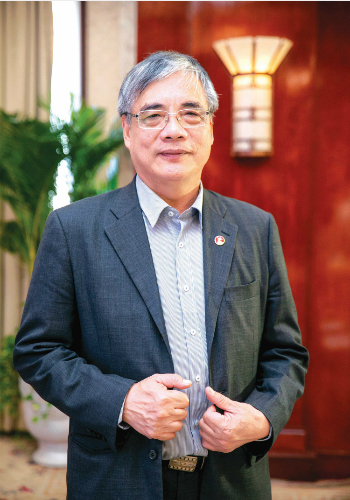 The US-China trade war has weakened China’s economy. And the coronavirus outbreak has dealt another strong blow to the world's second largest economy.

China is a huge production base for the world, making up 30 percent of the world’s growth.

Thien, in an interview with Doanh Nhan Sai Gon newspaper, said the recovery of the Chinese economy will come sooner or later, depending not only on the time the epidemic ends.

He said Vietnam needs to have a reasonable strategy to cope with the epidemic to avoid falling into a new cycle of market dependence. The most important variable in Vietnam's foreign economy is the Chinese and Korean markets.

In addition to the economic recovery of China and South Korea, it is India which may be the factor behind the regional economy boom. As Vietnam wants to escape reliance on the Chinese market, it must not repeat the same mistake when becoming dependent on the Indian market.

The greatest advantage of Vietnam is the stable economic development. The foreign investment has been increasing, while the export has been growing rapidly with three large markets – the US, China and South Korea. Exports brought export turnover of $500 billion in 2019.

However, the reliance on the markets is heavy. Vietnam imports input materials mostly from China and South Korea. Meanwhile, the US, the country with strictest requirements on import products, is Vietnam’s most valuable export market.

The same thing can be seen in the tourism sector. The number of foreign travelers to Vietnam in 2019 increased by 16 percent, while the Chinese and South Korean markets saw a growth rate of 19 percent.

Asked about the advantages of Vietnam’s economy and the solutions to overcome the difficulties caused by the epidemic, Thien said Vietnam can be proud of a relatively high GDP growth rate and low inflation rate.

Within five years from the day the FTA takes effect, Vietnam pledges to consider European credit institutions’ proposals to allow them to hold up to 49 percent of shares in two Vietnamese joint stock banks.

Electronics, seafood and garment industries to benefit the most from EVFTA

Vietnam is the second country in Southeast Asia, following Singapore, that has signed an FTA with the EU.