VN economy to rely on strength of private corporations

The confidence of Vietnam's economy is increasingly being placed in private corporations.

Many economists believe that the key to development does not lie in GDP growth. For a $240 billion economy, a one percent GDP growth rate is just $24 billion, a modest figure compared with Indonesia and Thailand, economies with a scale five and two times larger than Vietnam, respectively. 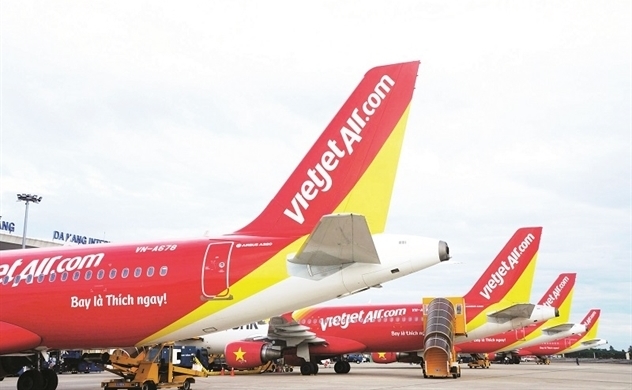 In other words, even if Vietnam’s economy runs, larger economies just need to walk to surpass Vietnam.

Vietnam has dual duties. First, it has to expand the economy's scale by maintaining high GDP growth rates. Second, it needs to improve the economy by heightening the power of Vietnamese enterprises and the real income of workers.

Over the last 30 years of FDI, foreign invested enterprises (FIEs) always topped the list of biggest exporters, but they haven't brought significant benefits to Vietnam in terms of technology, labor and tax.

State-owned enterprises (SOEs) cannot fulfill the task of leading the economy. A series of huge projects invested by SOEs have incurred big losses.

A report to the National Assembly in October 2018 showed that the debts incurred by state-owned economic groups and general corporations had reached$66.5 billion, nearly half of their total assets.

Economists believe that it is private enterprises, not FIEs nor SOEs, which must become the driver for Vietnam’s economy.

However, this remains impossible at this moment. The private sector made up 38.6 percent of GDP in 2016, of which registered businesses made up 8.2 percent and business households 30.43 percent.

However, large private corporations can serve as a jumping board for Vietnam to develop in the future.

China has Huawei; the US, Apple; South Korea, Samsung; Germany, BMW; France, Airbus; and Japan, Toyota. The influences and the leading role of these companies to their economies are undeniable. Vietnam hopes it will also have such firms in the future.

International economists say that if Vietnam can choose priority industries and gather strength to develop the industries, it will have ‘giants’ in 20 or 30 more years.

There are some potential names which can be ‘giants’ in the future, including Vingroup, Hoa Phat, FPT, Vietjet and Masan.

Nhip Cau Dau Tu cited a report as showing that by the end of 2016, private enterprises created VND9,760 trillion in revenue, or 56 percent of total revenue of enterprises in 2016. Meanwhile, SOEs created 2,880 trillion only.

Tran Dinh Thien, a respected economist, former director of the Vietnam Economics Institute, said: “In order to become a power, Vietnam needs to rely on private firms, considering them as pioneers that help Vietnam make breakthroughs in the future."