Thanh Nhan Company in Thu Duc district, HCM City, a shoemaker, still has not found enough workers even though it began looki g for workers before Tet. 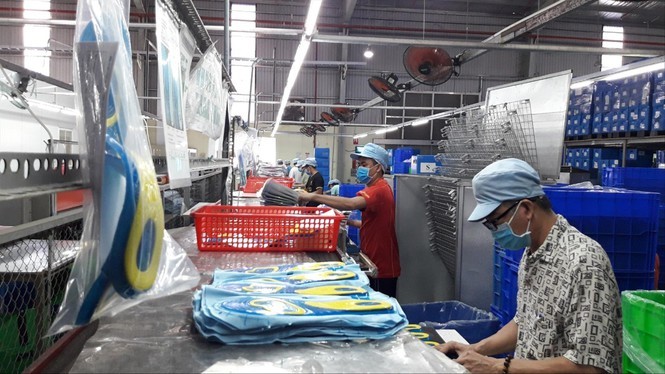 According to Tran Van Hung, a representative of Thanh Nhan, candidates are not required to have experience. The minimum wage the company offers is VND5.2 million a month and A 5 percent increase is expected every year, while the real income may be as high as VND8-10 million.

“Despite attractive offers, we have only found half of the 500 workers needed,” Hung said.

Tien Phong reported that enterprises in industrial zones (IZs) and export processing zones (EPZ) in HCM City all are thirsty for workers.

Nguyen Thi Ha, HR director of Tosok in Tan Thuan EPZ, said the company has been looking for 1,000 electronic component assembly workers, with pay of VND6.4-8.5 million, for the last three months.

As it’s difficult to find local workers, the company plans to seek workers from Mekong Delta provinces and the central region.

According to Le Minh Cuong, director of Binh Duong Department of Labor, War Invalid and Social Affairs, 92 percent of workers returned to work after Tet, but enterprises still lack workers. The province’s job center has joined forces with Dak Lak and Kon Tum provinces in the central region to recruit 1,000 unskilled workers. It also cooperated with provinces in the western part of the southern region to attract 5,000 workers.

In Dong Nai province, Le Nhat Truong from Pousung Vietnam said the company is seeking 10,000 workers to expand production. About 50 workers are recruited each day.

Cao Duy Thai from the Dong Nai Department of Labor, War Invalid and Social Affairs said local enterprises have registered to recruit 75,000 workers, but the real figure could be higher.

According to Thai, the demand for workers in the province has been increasing in recent years, mostly because enterprises are expanding production.

Promote the role of all parties in collective labor agreements

Negotiating and signing collective labor agreements (CLAs) by professional category is among the trends to perform the duties of representing and protecting the legitimate rights and interests of trade union members and workers.

Over 5,000 Chinese workers in Vietnam quarantined