According to the Ministry of Agriculture and Rural Development (MARD), the winter crop production in northern provinces has favorable conditions. In many localities, farmers consider the winter crop as the major production crop of the year. 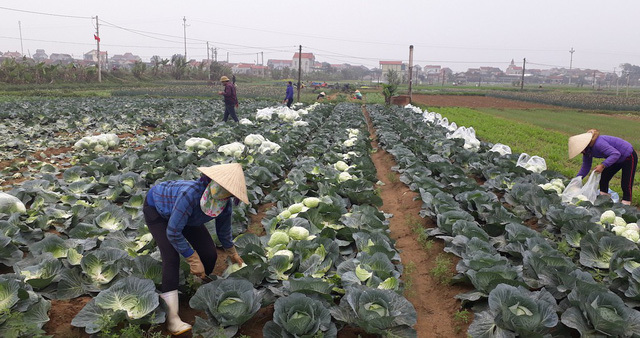 The mid-year crop is expected to be harvested 5-7 days earlier compared with previous years, which will ‘clear’ land soon to prepare for the winter crop.

Meanwhile, conditions are unfavorable in China. The heavy floods and Covid-19 have seriously affected agricultural land and crops. Thus, it is expected that China will have to import farm produce in large quantities to satisfy domestic demand. This is a great opportunity for Vietnam to boost exports to the neighboring market.

The ministry hopes that the total winter crop output would be 4.6-4.9 million tons and total production value would be VND34-36 trillion dong, or VND75 million per hectare.

Of these, warmth-loving plants such as maize, sweet potato, soybean, peanut and vegetables account for 55 percent, and cold-loving plants 45 percent.

At a conference on reviewing the 2019 winter crop production and the 2020 winter crop in northern provinces, MARD Minister Nguyen Xuan Cuong said Vietnam has overcome great challenges caused by Covid-19.

The country has reached major goals on food security. All provinces have overcome natural calamities to have bumper crops and good prices compared with 2019.

Cuong said 31 provinces in the north are blessed with cold winters by nature, which allows cultivation of cold-loving plants. He urged farmers to step up winter crop production.

“The winter crop production duration is short, but it can bring high economic value and plants, less affected by natural disasters, pests and diseases,” Cuong said.

“If the production can be organized well, farmers can earn VND200-300 million per hectare, many times higher than rice production,” he said.

Cuong also mentioned the opportunity to boost consumption in the domestic market and increase exports to China. Floods are attacking 27 provinces and cities there, severely damaging vegetable production.

Northern provinces can increase sales in the domestic market because there are no Chinese products of the same kind competing with domestic products. Meanwhile, the shortage in China will force the country to increase imports from Vietnam.

However, he asked localities to carefully choose the crops to cultivate in order to avoid an oversupply. 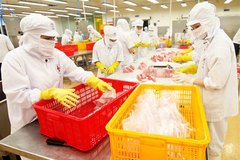