Vietnam is expected to be a good choice for foreign investors thanks to the improved business environment. 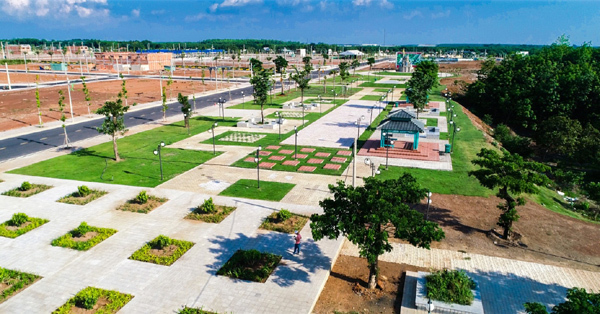 Despite Covid-19, Vietnam still attracted $12.33 billion worth of FDI in the first four months of the year, equal to 84.5 percent of the same period last year. $5.15 billion worth of capital was disbursed during that time, equal to 90.4 percent.

Foreign investors invested in 18 business fields, of which real estate, with $665 million, ranked fourth among the business fields that attracted the highest foreign capital.

Though FDI to Vietnam decreased in the first four months of the year, economists believe that Vietnam will receive a new investment wave after the epidemic.

Minister of Planning and Investment Nguyen Chi Dung said it is now a ‘golden opportunity’ for Vietnam to make the world know the country has special advantage in ‘strategic trust’, as a safe destination which is ready to receive capital flows.

Together with success in fighting against Covid-19, the government’s support to help the business community overcome difficulties will be advantages for Vietnam to attract FDI in the time to come.

At a meeting between the Prime Minister and enterprises, the representatives of European, Japanese, South Korean and American businesses in Vietnam all confirmed their interest in Vietnam as a good destination for investors. The Vietnam Association of Foreign Invested Enterprises (VAFIE) has a proposal with four important points that it believes will help Vietnam catch the foreign investment flow.

One of the important points is that economic zones and industrial zones must prepare land and infrastructure conditions, and provide sufficient information about land rent, bill and electricity and labor supply to investors who are planning to relocate factories to Vietnam.

The eastern part of the southern region, comprising six cities and provinces, including HCM City, Dong Nai, Binh Duong, Ba Ria – Vung Tau, Tay Ninh and Binh Phuoc, is described as ‘good land for birds to perch’. There are great advantages in the localities to attract FDI into IZs.

Dong Nai, Binh Phuoc and Binh Duong, with developed industries, infrastructure and the large land fund to receive investors, are believed to be the choices for investors in post-Covid-19 period.

Many real estate firms in the three provinces are rushing to implement their projects in anticipation of the investment wave expected in the time to come.