Instead of mostly making products for export, many food companies are now focusing on the domestic market through locally made products that are competitive with imports.

Sai Gon Food is preparing products for Tet sale season, planning to launch 2,000 tons of products into the market. 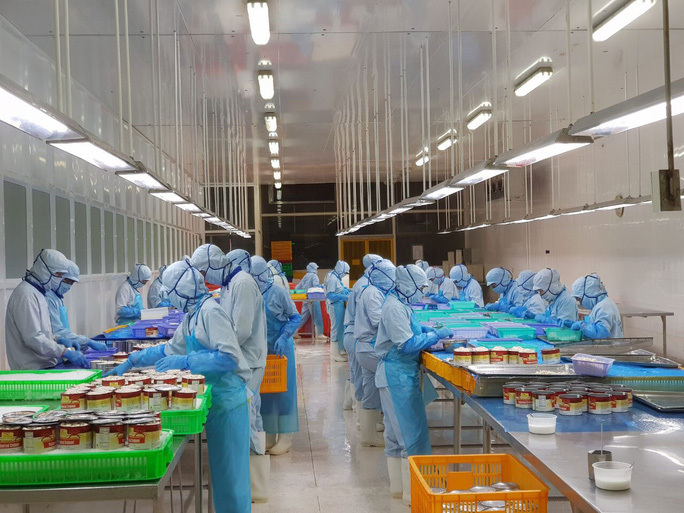 “It is expected that the company’s sales will increase by 33 percent compared with the 2019 Tet,” she said.

Lamsaid the company not only tries to diversify products, but also to keep the prices of products stable despite the increased demand in Tet sale season. The company plans to run sale promotion programs to boost sales.

The strategy is to increase the revenue from the domestic market and raise the proportion of domestic sales to make it equal to exports in 2020 (50 percent of revenue from domestic consumption and 50 percent from export).

In order to do this, the company in 2018 set up more workshops in Vinh Loc Industrial Zone, HCM City, which helps increase the production capacity.

Sai Gon Food is one of many food companies which plan to focus on the domestic market in recent years.

“We have found that consumers like the products very much. They are willing to spend VND100,000 for one 150-180 gram box of products. We have decided to make products specifically for domestic consumers,” a representative of the company said.

He went on to say that Vietnamese consumers now are willing to spend big money on good products as living standards have been improved.

“Vietnamese consumers now tend to be choosier and want delicious food,” he commented, adding that in the past, such products could not sell well in the domestic market because they were expensive.

Ly Kim Chi, chair of the HCM City Food Association, said Vietnam’s businesses are meeting difficulties in exporting their products, especially to the Chinese market, because of technical barriers and new policies. However, their business is expected to see improvement in the last months of the year, because the enterprises, which previously focused on export, have begun developing the domestic market.

Vietnam will continue to solicit investment in food processing to add value to the industry, a conference heard in HCM City on November 14.