The few e-commerce players which survive the stiff competition in the market are all backed by big foreign firms in the region.

2019 witnessed the departure of a series of shopping websites, including Robins.vn, Adayroi.vn and Lotte.vn. Prior to that, The Gioi Di Dong closed vuivui.com, the website that its manager once put high expectations on. 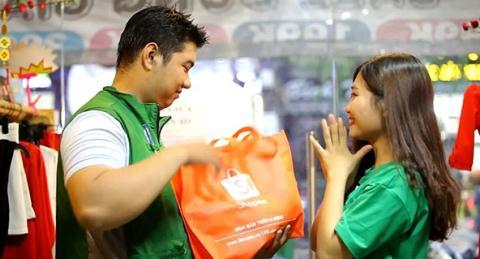 The common thing of all the ‘big four’ is that they are backed by the ‘big guys’ in the region, mostly from China, which have experience and huge capital.

In April 2016, China's Alibaba spent $1 billion to acquire 51 percent of Lazada’s shares, which was called Southeast Asia’s Amazon. In June 2018, it poured another $1 billion to raise its ownership ratio to 83 percent in the startup valued at $3.15 billion.

JD.com of China came to Vietnam in 2018, pouring capital into Tiki.

Shopee is also considered a Chinese invested firm. It is a subsidiary of SEA.

In October 2018, the Singapore-based company became the first technology firm in Southeast Asia made IPO on NYSE and collected $884 million. SEA has a big shareholder – Tencent, a powerful Chinese technology group.

As for Sendo, it had nine foreign shareholders by the end of 2019, including Econtext Asia Ltd from China, which is the second biggest shareholder, just to E-Vietnam (Singapore).

Through M&A deals, Chinese investors can easily penetrate the Vietnamese market without having to spend time on seeking licenses and branding.

Vu Vinh Phu, a retail expert, former deputy director of the Hanoi Trade Department, repeatedly warned of the dominance of foreign players in the e-commerce market.

He also expressed concern that the Vietnamese market would be flooded with Chinese goods brought to Vietnam by Chinese-invested e-commerce firms. If so, Vietnam’s production will be seriously affected.

Pham Tat Thang, a senior researcher of the Ministry of Industry and Trade (MOIT), doesn’t think this is a big problem. He said in a market economy, any enterprise, Vietnamese or foreign, should be welcomed if they do business honestly, bring benefits to consumers, and comply with the laws.

Vietnamese and foreign businesses all want to enter the e-commerce market as they are attracted by then popularity of internet and smartphones in Vietnam, as well as the rapid familiarization of Vietnamese youth with new services. However, as Thang said, it is not easy to exist in a market with cutthroat competition.

Start-up activities are growing fast despite the slowdown of the global economy. The gap between Vietnam and the two regional leading countries, Indonesia and Singapore, has narrowed.