While Vietnamese livestock companies complain they are meeting difficulties, foreign companies are eager to invest in Vietnam.

The African swine fever epidemic has put Vietnam’s livestock companies on tenterhooks as consumers have turned their back to pork, leading to a sharp price decrease in price. 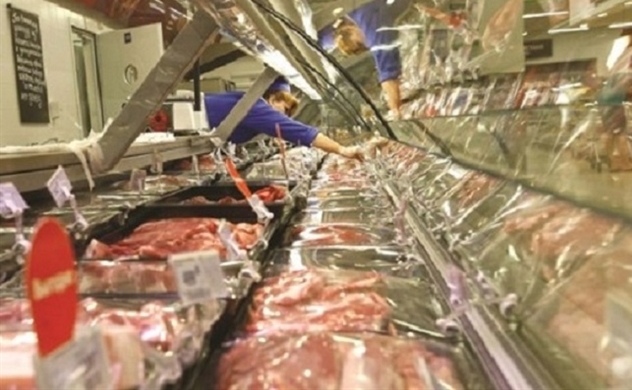 According to the General Statistics Office (GSO), pigs make up 52 percent of total value of the entire livestock industry. As the epidemic has spread to 23 cities and provinces, 82,000 pigs have been ruined.

It is expected that the value of the livestock industry will decrease by 1.3 percent more in the second quarter compared with the scenario.

Chair of Hoa Phat Group Tran Dinh Long said at the company’s shareholders’ meeting some days ago that the company could not make profit last March from husbandry division because of the epidemic. He said if the situation cannot improve, Hoa Phat would take a loss in this field.

However, husbandry for Hoa Phat is not a core business field, and thus it has not suffered heavily from the epidemic.

The situation is more serious for Dabaco, for which husbandry is the major source of income.

Bao Viet Securities in its latest report predicted that Dabaco’s revenue in 2019 may reach VND7.614 trillion, up by 14 percent compared with 2018, but the profit would decrease by 23 percent to VND276 billion.

Masan Group has reported that the pork sales in Hanoi at some sale points have decreased by 30 percent since the epidemic as the live pork price has dropped by 18 percent.

Sources said New Hope, a Chinese big group, is planning to enter Vietnam. The company will pour 1.1 billion yuan, or $163.51 million, into pig farms in the country.

The farms, to be located in Thanh Hoa, Binh Phuoc and Binh Dinh, would produce 930,000 pigs a year when the construction is completed by 2021.

The investment is hoped to turn the company into the leading one among eight animal feed companies in Vietnam. It sold 700,000 tons of products in 2018.

Meanwhile, CP Food from Thailand is strengthening investments in Vietnam. CP Vietnam’s CEO Montri Suwanposri said his company has invested $1 billion in total in Vietnam since 1993.

Bualuang Securities in Thailand said that CP Food will turn Vietnam into an export center which can enjoy tax preferences and no-quota export scheme from the CPTPP trade agreement.

Animal feed market in the hands of FIEs