After two years of hot development, Vietnam’s textile and garment industry could not fulfill the target of exporting $40 billion worth of products in 2019.

Le Tien Truong, general director of Vinatex, the biggest textile and garment group, admitted that 2019 was a tough year for the group. It had pre-tax profit of VND1.394 trillion, lower than 2018. 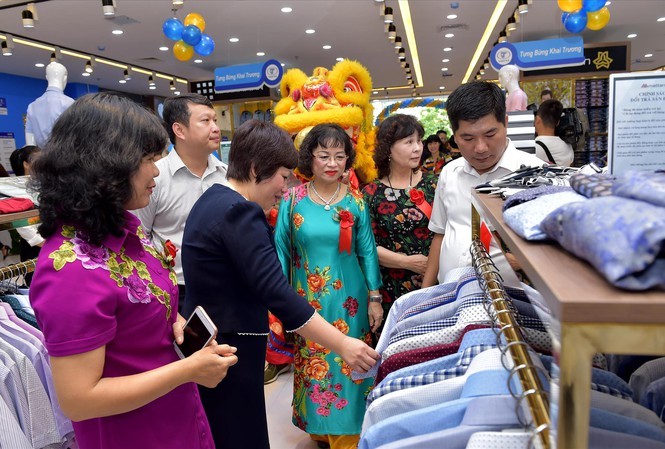 Asked about the business plan for 2020, Truong said the conditions are unfavorable and the future of the US-China trade war remains unclear, so Vinatex has only set modest targets – VND50.992 trillion in revenue and VND1.553 trillion in pre-tax profit.

When Vietnam signed CPTPP (Comprehensive and Progressive Agreement for Trans-Pacific Partnershipand) and the EU-Vietnam FTA, analysts all said that the agreements will bring big benefits to Vietnam. However, Truong said it is not easy to enjoy the preferences of FTAs because of the strict rules of origin.

To satisfy the requirements on product origin, Vietnam needs to be able to produce fabric domestically. This is a difficult job as Vietnam has to compete with many big producers, including China, which provides 54 percent of total fabric output globally, and India with 20 percent.

Also according to Truong, the enterprises with complete supply chains all target niche markets and make products with the guarantee of distributors.

Viet Tien Garment is an example. To be able to become a partner of Uniqlo and Nike, the company has had to make big investments in equipment and technology.

Textile and garment industry remains one of 10 products with the biggest export value, but the industry has to compete with China and India.

According to Nguyen Xuan Duong, chair of Hung Yen Garment, by this time of previous years, the company had orders for the second quarter. Now, orders are coming in dribs and drabs.

“American partners who have been cooperating with us for tens of years don’t sign long-term contracts now, but only sign short-term orders,” he said. “They have to listen to the news about the US-China trade war before placing orders."

The Ministry of Industry and Trade (MOIT) confirmed that the number of orders enterprises have is just 80 percent of the same period last year. Instead of receiving long-term contracts, they now receive orders monthly or quarterly.

Garment companies all complain that they are facing difficulties as they have to struggle to scramble for orders with textile and garment powers such as China, India and Bangladesh.

Vietnam’s garment and textile exports were estimated at US$39 billion this year, slightly falling short of the US$40 billion target.